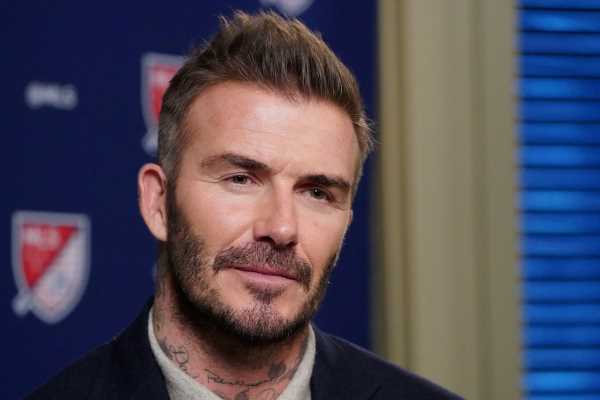 Former England soccer captain David Beckham handed over his Instagram account on Sunday to a doctor helping women give birth in the eastern Ukrainian city of Kharkiv.

Beckham, the 46-year-old former Manchester United and Real Madrid midfielder and current co-owner of American Major League Soccer team Inter Miami, told his 71.6 million Instagram followers to look at his profile to see the work of Irina, a child anaesthesiologist, and her team amid the conflict.

Beckham, a goodwill ambassador for United Nations children’s agency UNICEF, posted a video message and called on his followers to support the organisation’s work in Ukraine.

Kharkiv has been hit by a barrage of Russian strikes that have destroyed many buildings since Moscow launched what it calls a “special operation” in Ukraine last month.

Russian President Vladimir Putin says the operation is aimed at disarming Ukraine and rooting out dangerous nationalists. Western nations call it an aggressive war of choice and have imposed punishing sanctions aimed at crippling Russia’s economy.

Irina, head of the Regional Perinatal Centre, posted videos of a basement where she said pregnant women and mothers were evacuated on the first day of Russia’s invasion. She also shared images of newborn babies dependent on oxygen generators, which were donated by UNICEF.

“The first days were the most difficult. We had to learn how to work with bombings and strikes,” she said.

“We are probably risking our lives, but we don’t think about it at all. We love our work.”

One of Irina’s videos showed a woman called Yana cradling her baby son Mykhailo, who was born on the second day of the war with breathing problems. Irina said Mykhailo was now better but the family’s home had been destroyed.

“Doctors and nurses here, we worry, we cry, but none of us will give up,” Irina said.