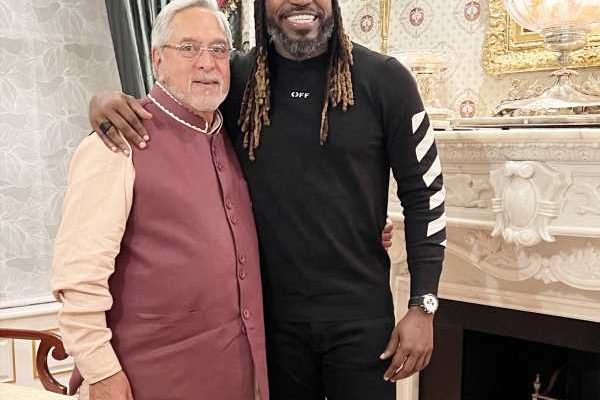 Embattled businessman Vijay Mallya, who used to own the Indian Premier League franchise Royal Challengers Bangalore, took to Twitter on Wednesday to share a picture with ‘Universe Boss’ Gayle.

The West Indies opener was sensational for RCB over the years in the IPL, who have inducted him in their Hall of Fame along with former South Africa batter A B de Villiers.

‘Super friendship since I recruited him for RCB. Best acquisition of a player ever,’ the formjere

Also, he smashed a sensational 175 not out while playing for RCB, the highest individual score in the IPL’s history.

After his stint with RCB, he also represented Punjab Kings. However, he did not enlist for the mega auction ahead of IPL 2022.