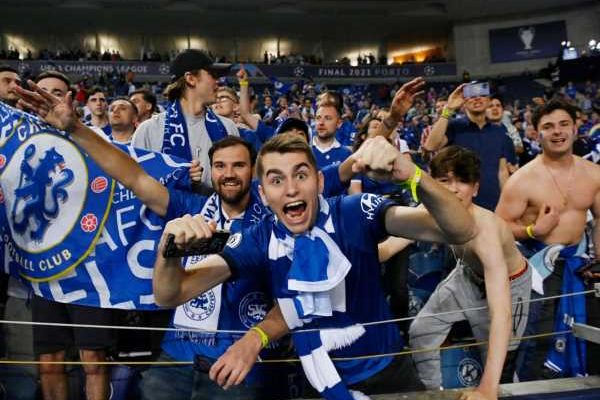 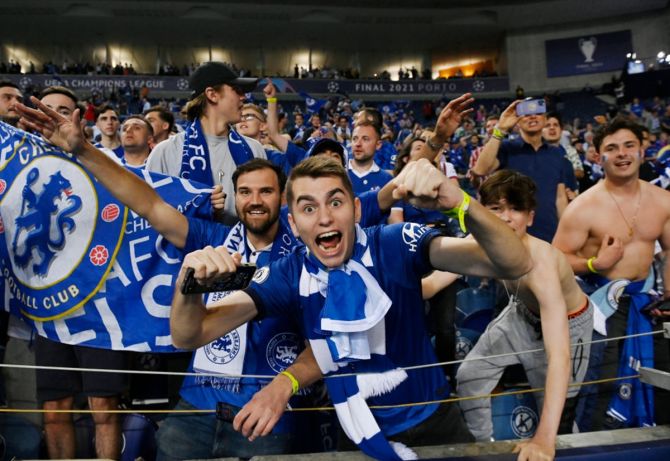 Ecstatic Chelsea fans erupted with joy after their team clinched the Champions League title in Porto’s Dragao stadium on Saturday, in a match that brought happiness to the winners but angered locals worried it could fuel a spike in COVID-19 cases.

“It’s the best day of my life,” said a thrilled Chelsea fan leaving the stadium soon after the London side lifted the trophy, their second Champions League title. “I don’t believe it.”

Some 16,500 fans were allowed into the stadium but many others travelled to the Portuguese city of Porto to support their teams from the sidelines. Dozens of packed planes touched down at the city’s airport on Saturday morning. 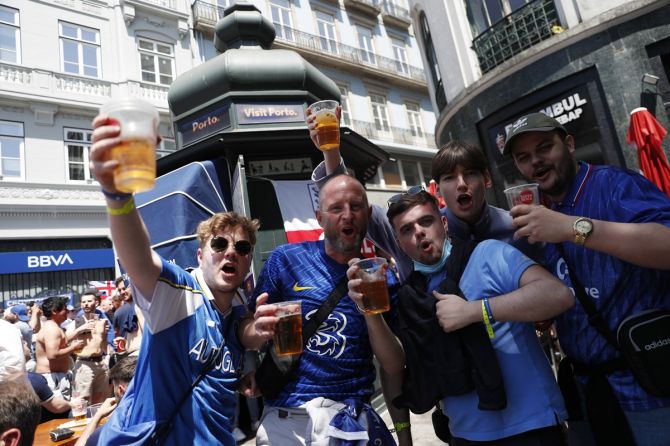 In the few days leading up to the match, big crowds of English fans, who were largely maskless and did not socially distance, took over Porto’s riverside area to drink and chant team slogans. In Portugal, masks are still mandatory outside if people cannot observe social distancing.

Ines Andrade, a 19-year-old student from Porto, was visibly upset as she watched the scenes from nearby, saying it was ‘revolting’ to see how fans were behaving, just four months after Portugal faced its toughest battle against COVID-19.

“For us, Portuguese, is it very disturbing to see these people come here and ruin everything we have tried to achieve over the last months and year,” she said earlier on Saturday. 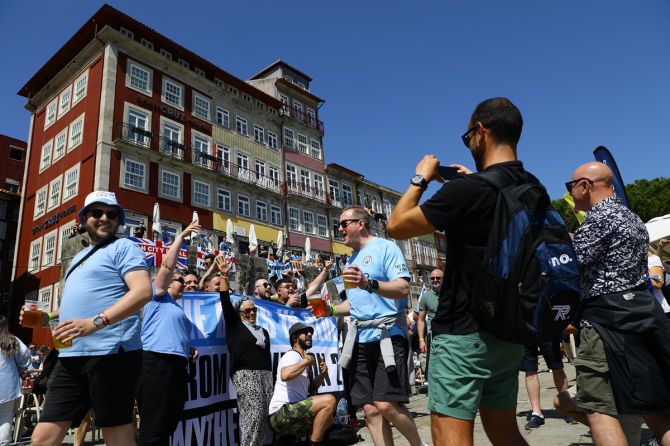 Fans had to present a negative COVID-19 test on arrival at the airport.

But there has been concern in Portugal that the event could lead to an increase in infections after authorities decided to relax COVID-19 rules for the match. Portugal is on the British government’s “green” list allowing tourists to visit the country without quarantining on their return..

As planes arrived, stewards directed fans of the two teams to opposite sides of the airport, where rows of buses waited to drive them to the city centre, where fan zones had been set up. The fan zones each have the capacity for 6,000 people. 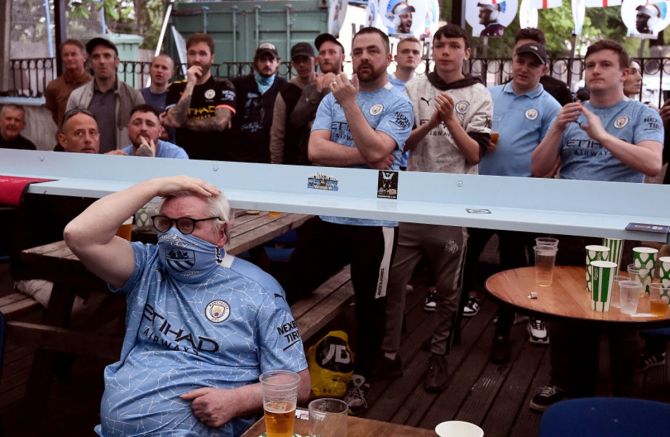 Before getting on the bus, fans were given a yellow bracelet to show they had tested negative for COVID-19.

“Anyone here had a (COVID-19) test done so this is probably the safest place to be in the world,” said one fan, sitting near a bar with friends.

From 8 a.m. to 6 p.m. the fan zones were open to ticket holders, who were then transported to the stadium. The zones opened to those without a ticket after 6 p.m., with the match shown on big screens.

At the Chelsea fan zone in Porto’s city centre, fans drank, jumped, hugged and waved flags to celebrate the victory as music blasted through the speakers. Some cried tears of joy.

“There is no word in this planet to describe how every Chelsea soul out there feels,” said one fan outside the stadium.