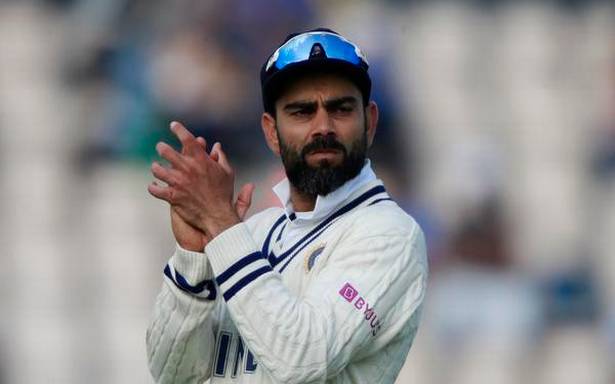 Echoing the views of head coach Ravi Shastri, India skipper Virat Kohli has said that the best Test team in the world should be decided by a best-of-three final and not a one-off game like it was in the inaugural edition.

India were able to bounce back to win the series against Australia and England but couldn’t do so with the World Test Championship final, a one off game against New Zealand which ended with Kohli’s men losing by eight wickets on Wednesday.

"Well, look, firstly, I’m not in absolute agreement of deciding the best Test side in the world over the course of one game, to be very honest," Kohli said in the post-match press conference.

"If it is a Test series, it has to be a test of character over three Tests, which team has the ability to come back into the series or totally blow away the other team.

"It can’t just be a pressure applied over two days of good cricket and then you suddenly are not a good Test side anymore. I don’t believe in that." Shastri had advocated a three-match finale before the team departed for England earlier this month.

Kohli feels a multi-game final would also capture the essence of Test cricket much better than a one off showdown.

"I think it has to be a hard grind and something that definitely needs to be worked on in the future to really — at the end of three matches, there’s effort, there’s ups and downs, there’s situations changing throughout the course of the series…

"…A chance to rectify the things that you’ve done wrong in the first game and then really see who’s the better side over the course of a three-match series or something will be a good measure of how things really are." Kohli maintained the loss to New Zealand is not a true reflection of their achievements in the two-year WTC cycle.

"So this is not a measure of who we are as a team and the ability and the potential we have had for so many years now." Scheduling a best of three final amid a packed international calendar will be a big challenge for the ICC going forward. Kohli said one tends to remember a hard fought series a lot more than a single contest.

"I think this definitely has to be brought in. I’m not saying this because we’re not on the winning side, but just for Test cricket and for this saga to be absolutely memorable.

"I think it has to happen over a period of three games minimum so that you have a series to remember because there are going to be ups and downs through and through with two quality sides going at each other knowing that there’s so much on the line," he added.