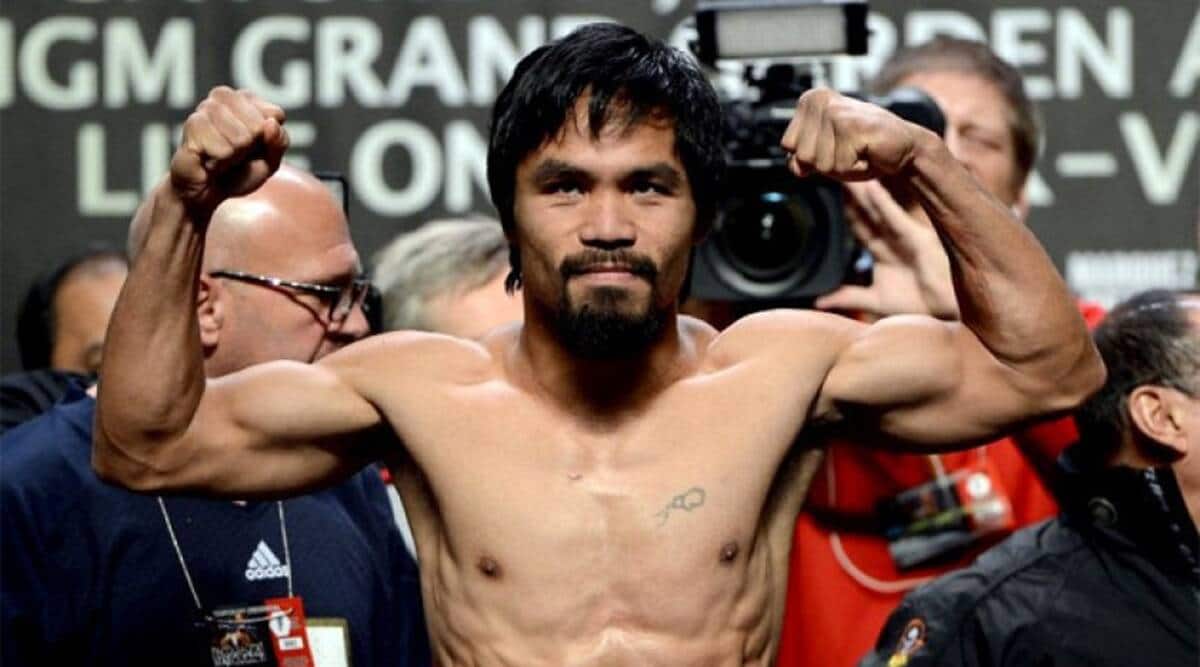 Pacquiao, whose journey began as a stowaway on a ship bound for Manila, experienced tremendous growth outside the ring as well. Going from pugilism to populism, the 42-year-old achieved the status of a national hero, climbed up the political ladder and is currently in the middle of a presidential bid. Along the way, he has earned the reputation of being an ‘absentee congressman’, a friend-turned-foe relationship with the current president Rodrigo Duterte, and criticism for some of his beliefs.

Round one: House of Representatives

In 2007, Pacquiao announced his campaign for a seat in the House of Representatives. Then 28, Pacquiao was among several prominent celebrities, including movie stars, who contested the congressional and local elections, and lost.

Pacquiao was defeated by Darlene Antonino-Custodio of the Nationalist People’s Coalition (NPC), who said, “He probably wasn’t really prepared for politics, but more than anything, I think, people weren’t prepared to lose him as their boxing icon either.”

Pacquiao then enrolled in a certificate course in Development, Legislation, and Governance, and in November 2009, contested again for a congressional seat at Sarangani province — his wife Jinkee’s hometown. He earned a landslide win, ending the reign of one of the country’s oldest political families: the Chiongbians.
He was re-elected to the Congress of Philippines in 2013 when he ran unopposed, and wife Jinkee too was elected as vice-governor of Sarangani.

In October 2015, he announced his candidature for the position of senator, and won in May 2016, garnering over 16 million votes.

He was also the senate’s top absentee, recording 12 absences from July 2018 to June 2019, according to data released by the Senate. He had the highest number of absences after Senator Leila de Lima, who failed to attend all 61 sessions due to detention.

Before becoming a senator, Pacquiao had earned the moniker of ‘absentee congressman’ for being the top absentee among lawmakers.

Senator since 2016, Pacquiao earlier this month announced his intention to run for president in the 2022 elections.

“To government officials who continue to rob government coffers, you will soon find others in jail,” Pacquiao said on September 19 as he announced his candidacy.

The constitution bars current President Rodrigo Duterte from seeking a second six-year term in the election next May.

Critics, meanwhile, have used his frequent no-show in the senate to raise questions about Pacquiao’s ability to run the 110 million people-strong country.

On Wednesday, a survey by Pulse Asia Research showed Pacquiao in the fourth spot among the frontrunners to succeed Duterte, with Duterte’s daughter, Sara Duterte-Carpio, remaining the top pick for president.

As a senator, Pacquiao notably aligned himself with the Duterte government.

Duterte rose to power promising a merciless crackdown that would rid the country of drugs. According to a Guardian report, the International Criminal Court has estimated that between 12,000 and 30,000 civilians have been killed in connection with anti-drugs operations since Duterte’s election in 2016. UN human rights chief, Michelle Bachelet warned of “near impunity” for widespread extra-judicial killings.

In 2017, speaking at Pacquiao’s 39th birthday bash, Duterte expressed that he wanted the boxer to succeed him as president. “I told him while we were alone, I want you to become president,” Duterte was quoted by the Inquirer. “You have brought so much pride and joy to our country for being the world champion in the field of boxing.”

In December 2020, Pacquiao became Acting President of the ruling party PDP-Laban. But with his growing interest in a presidential bid, Pacquiao began to be critical of the Duterte administration.

The two have been sparring recently. Pacquiao accused Duterte’s administration of making corruption worse in the Philippines, The Guardian reported. He also promised to fight poverty and warned corrupt politicians that they will soon end in jail.

Pacquiao said that Duterte’s leniency on the incursion of Chinese ships in the West Philippine Sea was “disheartening”. Duterte fired back saying Pacquiao’s knowledge of foreign policy is shallow.

In July, as Pacquiao prepared to face Errol Spence Jr, Duterte publicly lashed out. “Kung matalo siya (If he loses), he’s a goner actually,” Philstar quoted Duterte, referring to the senator’s fight. “Wala ka, wala ka talaga. (You are nothing). You are a shit. Do not go elsewhere. Comply first with your duty as a senator.”

Within two weeks, Pacquiao lost his position as party president of PDP-Laban.

Pacquiao’s rise to global stardom from immense poverty, the rags-to-riches story has made him a populist figure, as seen by the nicknames ‘People’s Champ’ and ‘National Fist’. Veteran boxing promoter Bob Arum told The National in 2016 that only Muhammad Ali had had more of an impact than Pacquiao. Last year, with the Philippines under the grip of a severe Covid outbreak, Pacquiao worked with Alibaba Group co-founder Jack Ma to help bring 50,000 COVID-19 test kits.

But he has faced criticism for his views on same-sex marriage and the death penalty.

After being elected to the senate, Pacquiao condemned same-sex marriage, saying, “if we approve male on male, female on female (marriage), then man is worse than animal… God only expects man and women to be together and to be legally married.” Nike ended its longstanding partnership with Pacquiao, who apologised but maintained that he was still against same-sex marriage.

He has also backed the return of capital punishment into the lexicon of Philippine criminal law.

“Having read the Bible on a regular basis, I am convinced that God is not just a God of mercy, but he is also a God of justice. So on the issue of the death penalty, I could not help but consult the Bible,” Pacquiao said during a Senate session in 2016.