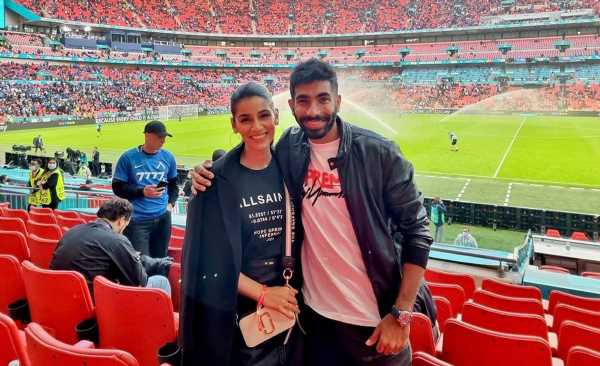 Jasprit Bumrah and Sanjana Ganesan continued to make most of their break from cricket as they witnessed the Euro 2020 semi-final between Italy and Spain in London on Tuesday.

The couple, who wed in March, watched a thrilling match at the Wembley Stadium.

Italy reached the final after keeping their nerve from the penalty spot to edge Spain 4-2 in a shoot-out following a compelling 1-1 draw after extra-time.

‘IT vs ES,’ Bumrah captioned the picture on Instagram.

The Indian players will reassemble on July 14 to prepare for the five Test series against England, starting on August 4.