Ms Usha may soon discover that winning four gold medals at the Asian Games and qualifying for the Los Angeles Olympics is a walk in the park compared with the challenges of stabilising governance at the IOA, observes Kanika Datta. As the first woman president, Ms Usha has been duly feted by a sporting fraternity that fervently hopes for a better understanding of their demands.

Public euphoria at the election of a president free of the taint of corruption and political scandal of the past decade is one thing.

Ms Usha may soon discover that winning four gold medals at the Asian Games and qualifying for the Los Angeles Olympics is a walk in the park compared with the challenges of stabilising governance at the IOA.

As a blunt critic of the athletics establishment in the past, she will be tested in her ability to navigate the competing agendas of national sports federations and state Olympic associations that make up the members of the IOA.

Most of these remain in thrall to politicians or the politically well-connected, a peculiarly Indian characteristic of the sports establishment. The president of the Archery Association of India, for instance, is Arjun Munda, current minister of tribal affairs, whose CV lists him as an avid golfer.

The Basketball Association of India is headed by K C Govindraj, a Congress MLC from Karnataka, who doubles as president of the Karnataka Olympic Association.

The airline SpiceJet may be in all sorts of trouble, but promoter Ajay Singh has time to fight and win elections as chief of the Boxing Federation of India.

The list of state Olympic associations reveal a similar nexus that has almost nothing to do with sporting prowess but more a reflection of petty political status.

It could be argued that the proximity of politicos to sporting associations enhances the athletes’ access to government funds and training facilities, especially in a country where private investment in sports is limited. But there is little to show for this connection.

Public sports infrastructure has improved in many respects, but it lacks the kind of critical mass that can develop and turn out world-beating athletes in larger numbers.

On the other hand, if the IOA and some member organisations have hit the headlines at all, it has been for some corruption scandal or the other. 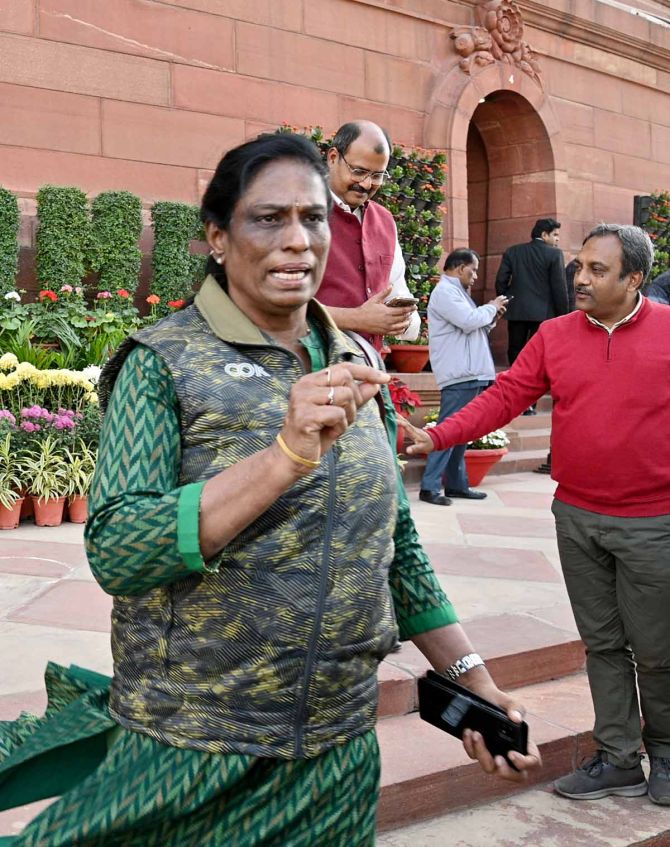 That said, there is no guarantee that sportspeople make great administrators.

Cricketer Sourav Ganguly’s disastrous stint as president of the powerful Board of Control for Cricket in India offers one spectacular example of failure.

It is unclear if Ms Usha’s experience of managing her own athletics institute will equip her to deal with the sulphurous politics that permeates the association she now heads.

But the hope invested in her by sportspeople and fans indirectly reflects the failure of the ‘Indian model’ of sports administration.

In a sense, this template reflects the minor role that sports plays in national culture (barring cricket).

In developed economies, sports administrators are not necessarily former sportspeople but executives who have specialised in sports management.

For instance, Richard Scudamore, the first CEO of the English Premier League who has been widely credited with putting this stellar tournament on the map, is a lawyer by training and a newspaper executive before taking to football administration.

Cricket Australia’s CEO is a chartered accountant who built his expertise in sports event management. Most sports associations in Europe, Australia or New Zealand are run by independent boards and rarely have an overlap with political establishments.

This non-political structure doesn’t necessarily make these associations models of good governance — that would be difficult given the large amounts of money sloshing around. But their sporting records suggest that the structure works better than India’s politically-oriented one.

Indeed, a surprising number of Indian B-schools offer sports management courses today. But Ms Usha will have to learn on the job — and quickly too.

For the former ‘Payyoli Express’, that, hopefully, shouldn’t be a problem.