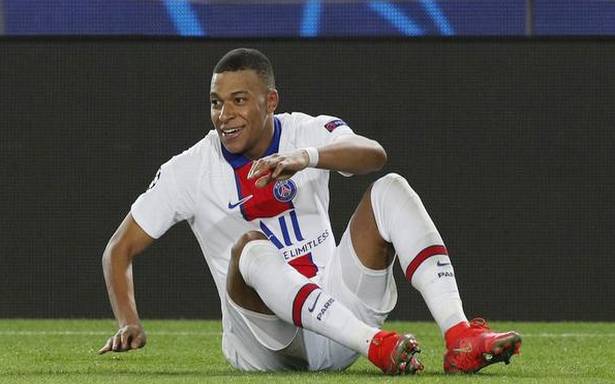 Paris St Germain’s Kylian Mbappe fired in a stunning hat-trick as his side overcame the absence of Neymar to thrash Barcelona 4-1 away in their Champions League last-16 first leg on Tuesday to move within full view of the last eight.

Lionel Messi had blasted Barca ahead with a penalty in the first half but Mbappe pulled the French champions level with a classy piece of control and finishing to complete a flowing team move also involving Marco Verratti and Layvin Kurzawa.

Mbappe, who had not scored in the Champions League knockouts for two years before Tuesday, smashed PSG into the lead in the 65th minute while Moise Kean took advantage of some woeful Barca marking to head in a third goal for the visitors in the 70th.

The insatiable Mbappe looked hungry for more though and after being denied a third goal of his own by Barca keeper Marc-Andre ter Stegen, he completed his treble in the 85th minute by curling the ball past the German into the top corner.

Barca overcame a 4-0 defeat to PSG in a last-16 first leg in 2017 by winning the second leg at home 6-1 but the Catalans now face another daunting task in turning this tie around when they visit the Parc des Princes on March 10.