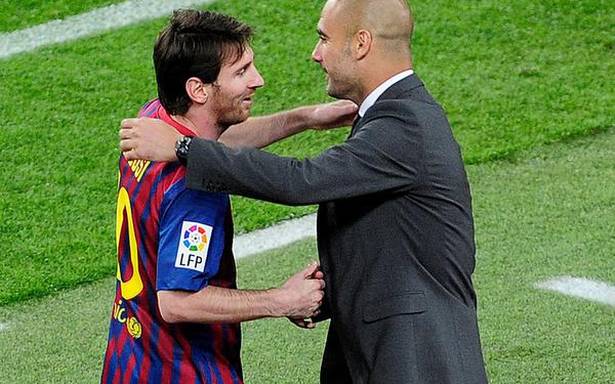 Host PSG will look for a positive result against Man. City

There was a time when a reunion between Lionel Messi and Pep Guardiola looked distinctly possible, but on Tuesday they will be on opposite sides again when Paris Saint-Germain plays Manchester City in the Champions League.

Messi has played just three games for his new club and is yet to score. He has sat out PSG’s last two matches with a knee problem but the feeling is that coach Mauricio Pochettino has been saving him for City.

After being held 1-1 by Club Brugge in its opening game, PSG needs a positive result against City to stop its rivals taking control of the group.

This time the expectation is both City and PSG will progress from their group and both Messi and Guardiola are desperate to win the Champions League again.

While the world waits to see how Messi’s move to Paris turns out, Guardiola continues to regret the absence of a prolific centre-forward as the final piece of his jigsaw at City.

PSG, of course, has more than one such player. Kylian Mbappe has been the top scorer in France in each of the last three seasons.