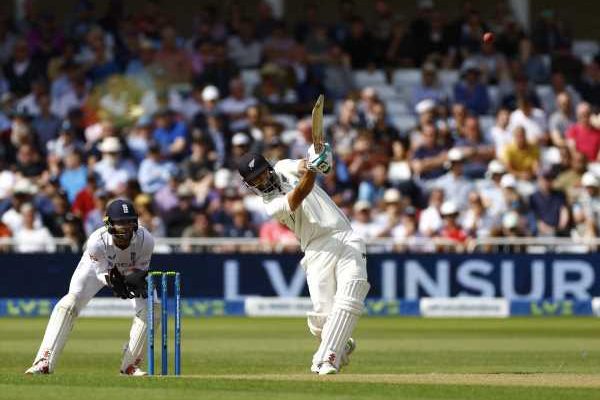 New Zealand batsman Daryl Mitchell made a splash on the opening day of the second Test against England on Friday when he smashed a six straight into a startled female fan’s pint of beer.

“It’s plopped in a beer,” exclaimed one commentator after the all-rounder followed up a four with a six straight into the stands off a Jack Leach delivery in the 56th over at Trent Bridge.

Nearby England seamer Matthew Potts signalled from the boundary to his team mates what had happened, mimicking a glass and raising an imaginary pint.

“Come on Jack, keep him quiet. This is costing people a fortune in beer in the stands,” quipped former England spin bowler Phil Tufnell on the BBC commentary.

The Twitter feed of England’s Barmy Army supporters’ club said the Black Caps had bought the fan a replacement pint.