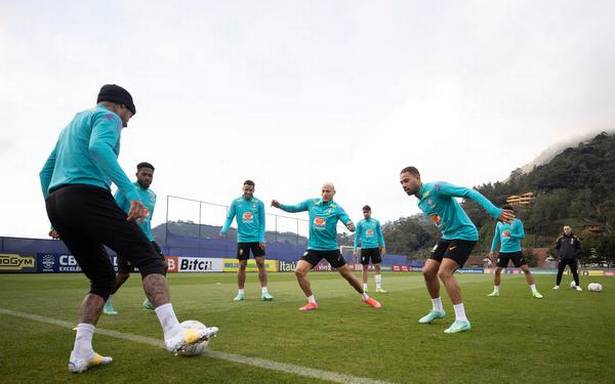 A tough job, though, as Neymar’s Brazil boasts of a solid defence

A contest between Neymar and Lionel Messi is how many fans perceive the Copa America final between Brazil and Argentina.

The players themselves, though, see the bigger challenge on Saturday at Maracana Stadium will be between one of the toughest defensive lines to break and the protection around one of the best players in history.

Brazil has conceded only two goals in six matches in the tournament. Veteran Thiago Silva, Marquinhos and Eder Militao are taking shifts as starters without putting the Selecao under too much — if any — risk.

Defensive midfielders Casemiro and Fred are relentless. Right-back Danilo and left-back Renan Lodi are keener to defend than go running up front.

These players initially criticised the South American soccer confederation for shifting the continental tournament to Brazil in emergency mode. Before the final against Messi’s Argentina, they’ve changed their narrative to winning at all costs. And keeping a clean sheet.

“The zone where Messi plays is where I play, we face each other a lot during matches,” Casemiro told a news conference on Thursday.

“I can’t mark any player by myself, you need teammates. And you don’t mark only one player.

“It starts with Neymar, Richarlison and it ends in the goalkeeper — a team plays with 11, defends with 11 and attacks with 11.”

Midfielders Rodrigo de Paul and Giovani Lo Celso are adding to a barrier around Messi.

Before the tournament, Messi said it was his dream to win his first major title with Argentina.

He is playing Barcelona-style for his national team, scoring from free kicks, dazzling adversaries with frequent runs despite his age and giving plenty of passes.

The Selecao trusts so much in its defence that its strikers are under-performing. Richarlison and Roberto Firmino scored only one goal each for Brazil. Gabriel Jesus, who is suspended for the final, didn’t find the back of the net.

Argentina’s effort to protect Messi has also cost the team physically in the second half of most matches — that is precisely when Brazil scores more goals.

Juicy comments before the final could also affect the mood for the game. Brazil’s Richarlison said his team will trash talk the Argentinians during the match.

“We can manage, it isn’t just talking. We will talk and show it on the pitch,” the striker said. “We will provoke them, it will happen.”