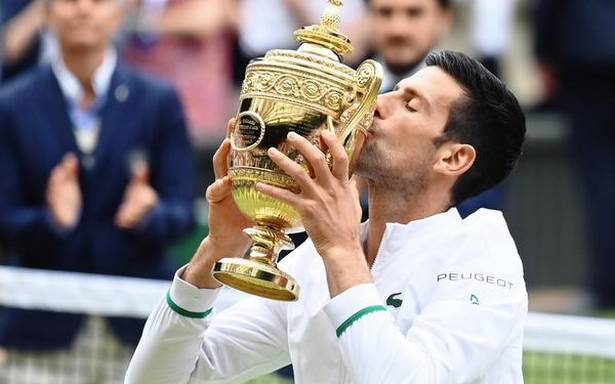 On the contrary, new and younger champions have burst onto the scene in women’s singles

On July 11, 2021, Novak Djokovic became the third male singles player to win 20 Grand Slam titles after Roger Federer and Rafael Nadal. The trio have won 60 of the 72 Majors played since Wimbledon 2003, Federer’s first Slam title. Their sheer dominance has pushed the average age of men Slam winners above 30, with breakthrough wins — when a player wins their first Major — becoming a rarity. However, it’s a different story in the women’s singles event. After Serena Williams’ dominance waned, new and younger champions have burst onto the scene. Twelve of the last 22 wins were breakthroughs and most of the players were relatively young, pushing down the average age of women champions since 2016.

Since 2000, 60 out of the 86 men’s singles Grand Slam titles were won by Federer, Nadal or Djokovic. In the past five years, only one Grand Slam has had a winner outside of the Big Three.