Anrich Nortje bowled at a speed of 156.2 kmph, the fastest of the season. 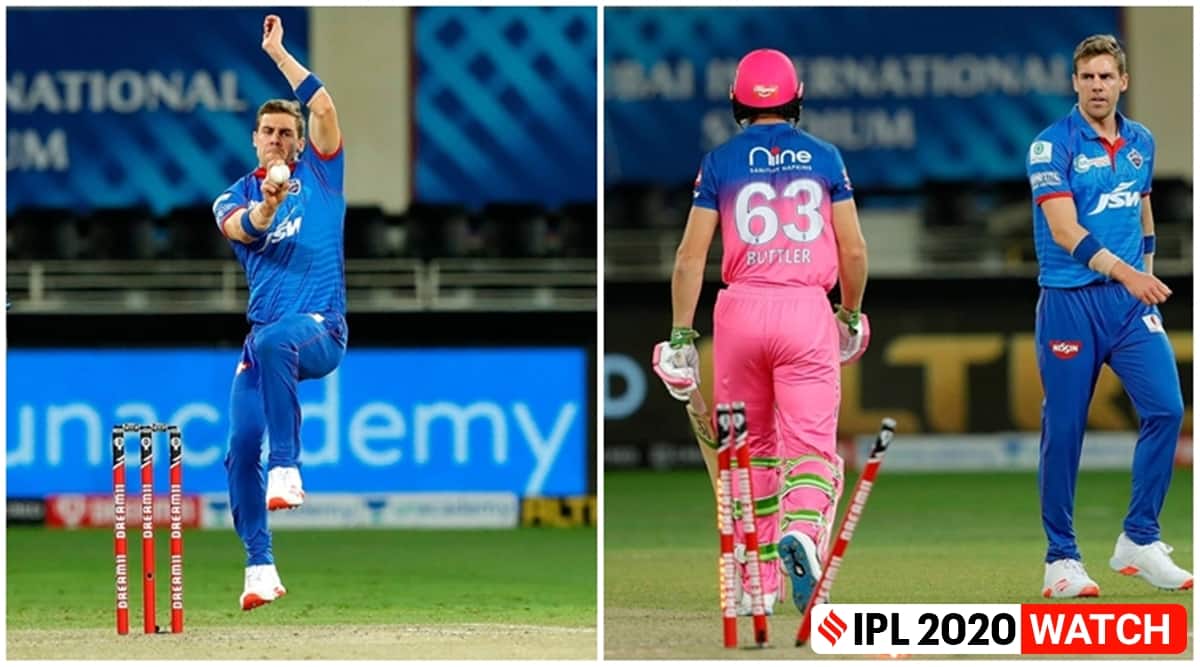 Delhi Capitals (DC) pacer Anrich Nortje holds a unique record in the Indian Premier League (IPL). The top three fastest deliveries in the history of the IPL is now under the name of the South African pacer. Nortje’s fastest delivery which was timed at 156.2 kmph shattered countryman Dale Steyn’s (154.4 kmph) record on Wednesday as DC used the pace of Nortje and Kagiso Rabada to earn a 13-run victory over Rajasthan Royals in the Indian Premier League on Wednesday.

But as Nortje clocked speeds of 97 mph, Jos Buttler fought fire with fire and ramped him for a four. The exciting battle did not last long as a couple of balls later the Proteas pacer had the last laugh when he destroyed Buttler’s wickets with a 155 kmph thunderbolt (the second fastest ball in IPL history).

His eye-catching performance does raise the question- is Nortje the best overseas find this IPL season? His quality bowling with searing pace is becoming too hot to handle and has already become the go-to bowler for Capitals skipper Shreyas Iyer.

Nortje, who was roped in by Delhi Capitals as a replacement for all-rounder Chris Woakes ahead of the start of the season, pushed Steyn down the pecking order on the list of all-time fastest balls in the tournament history. It was all in one over and all six were pitched upon the yorker. The accuracy was a testament to the hard yards on the nets.

Incidentally, Nortje was a part of the Kolkata Knight Riders setup in 2019 but failed to make a mark back then as he was sidelined with a shoulder injury. Hence, this is his maiden IPL season. In 2018, he was also backed by Dale Steyn to succeed at the highest level as an ‘extreme fast bowler’.

The tussle of pace in season 13 of the IPL has so far been dominated by Nortje and Archer. 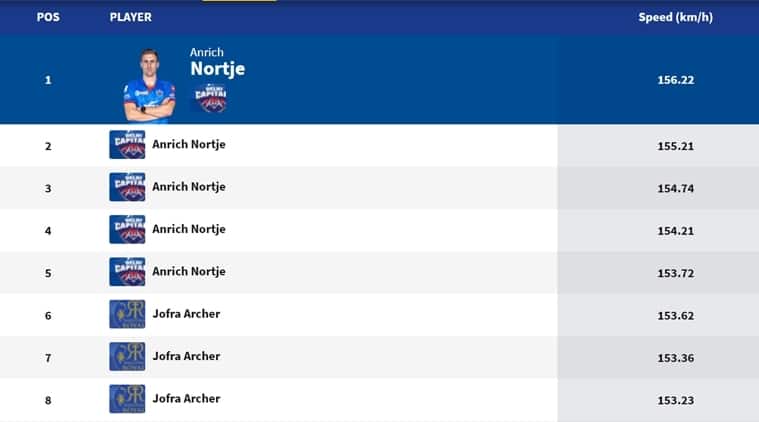 In October 2019, the South African made his entry into the Test format against and straightaway impressed everyone with his brute pace mixed with consistency.

One of his deliveries hit India’s Mayank Agarwal on the helmet and then went over to the ropes.