‘I’m not going to stand here and hand it over to them. I am going to make them work their arse off for it.’

A very different Australian Open comes to a familiar end on Sunday as Novak Djokovic looks to thwart another challenge to his Melbourne Park dynasty from the latest Grand Slam aspirant in Daniil Medvedev.

The tournament has charted a rocky path through the COVID-19 pandemic and a snap five-day lockdown due to a local outbreak robbed it of much of its vitality.

But a comforting sense of normality will pervade Rod Laver Arena when a healthy crowd files in for a final that could mark a shift in the tennis landscape.

Much like the tournament, world number one and defending champion Djokovic has been forced into crisis management at times during his campaign.

Pilloried in the leadup for petitioning organisers to ease strict quarantine protocols for players, the Serb struggled with an abdominal strain sustained in the third round. 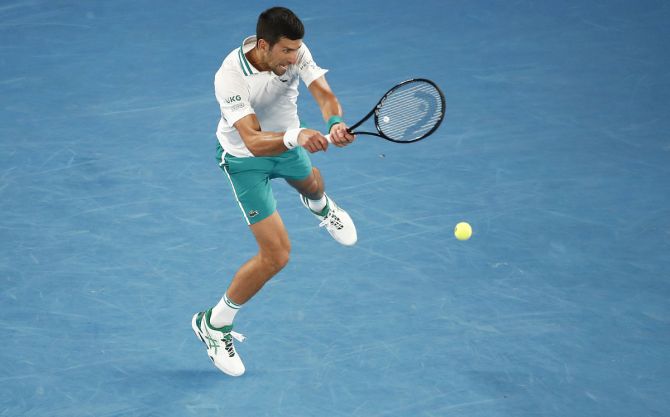 His ability to manage the injury was key in bringing him within one match of a record-extending ninth Australian Open crown but he said he was fighting fit after beating Russian qualifier Aslan Karatsev in the semi-finals.

Victory over fourth seed Medvedev would mean an 18th Grand Slam title for Djokovic, pulling him within two of the record 20 shared by “Big Three” rivals Roger Federer and Rafael Nadal.

While the 33-year-old Djokovic has never lost a final at Melbourne Park, his reign has rarely looked so vulnerable.

He suffered a huge scare against Dominic Thiem in the five-set decider last year, and Medvedev is possibly the player he would least like to face.

Not for nothing did Djokovic brand him “the man to beat”. 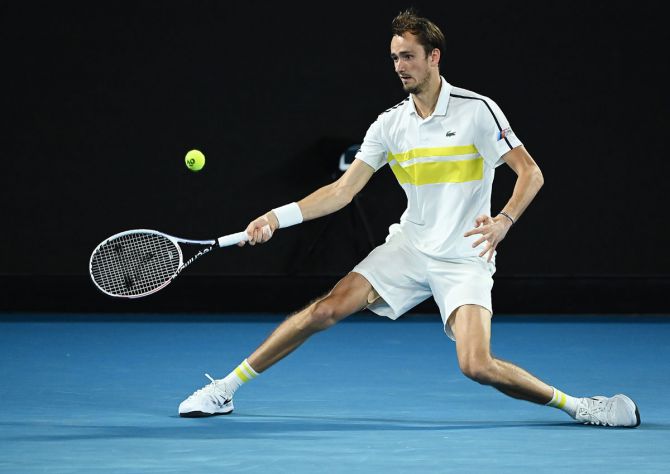 The rangy Russian has been a machine since November, clinching the Paris Masters, the ATP Finals and the team-based ATP Cup in a 20-match winning streak that has included 12 straight victories over top-10 opponents.

Djokovic was among Medvedev’s victims at the ATP Finals but when the Serb strolls onto his favourite centre court on Sunday, the form-book is unlikely to figure.

With the exception of Thiem’s US Open win last year where Djokovic was disqualified for hitting a tennis ball into a line judge, the “Big Three” have won all the Slams since 2017.

“There has been a lot of talk about the new generations coming and taking over from the three of us but realistically that isn’t happening still,” Djokovic told Eurosport.

“I’m not going to stand here and hand it over to them. I am going to make them work their arse off for it.”

Contesting his second Grand Slam final but first in Australia, Medvedev is hungry for success after being edged by Nadal in a classic five-set decider at the 2019 US Open.

Djokovic might see something of himself in the confident 25-year-old, who boasts similarly elite court coverage, defence and shot-making.

Medvedev has added mental strength to his arsenal, which proved invaluable in his semi-final against Stefanos Tsitsipas as he closed out a tense third set after briefly wobbling in the face of a hostile crowd.

He has also shown willingness to indulge in a bit of niggle, saying the pressure is all on Djokovic as he chases the 20-slam record.

Though Medvedev has won three of their last four matches, he has only met Djokovic once at a Grand Slam, losing in four sets in the fourth round of the 2019 Australian Open.

He said he was happy to be the “challenger” against the “favourite”.

“And he’s one of the greatest players in the history of tennis,” he told reporters.

“So playing the final against him is superb.”