The Indian Air Force, who had gone down 1-4 to Mohammedan Sporting, put a much-improved performance on Thursday. 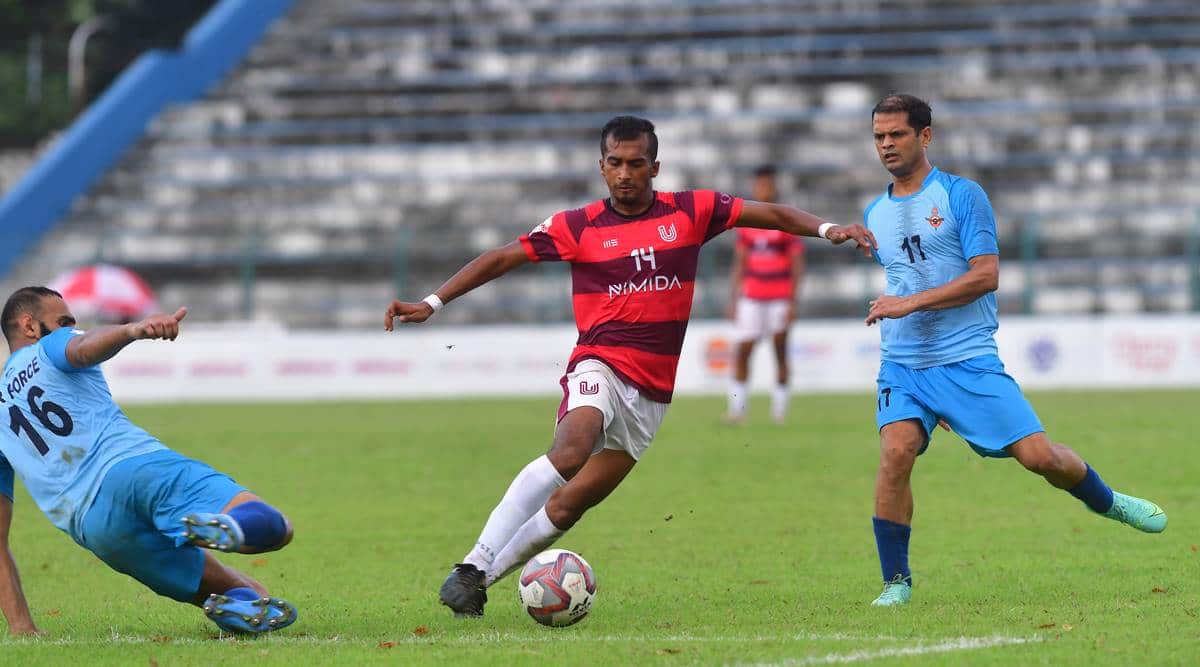 FC Bengaluru United (FCBU) became the first team to make it to the knockout stages of the 130th Durand Cup after beating Indian Air Force 4-2 in a thrilling Group A encounter, at the Kalyani Stadium on Thursday. Spaniard Pedro Manzi was again the architect of victory, scoring a brace and creating two for Yumnam Gopi Singh to score.

A spirited Airmen side gave it their all and even dominated for large parts of the second half but finally crashed out of the tournament with a game to go. FCBU had beaten CRPF 1-0 in the first Group A game and now have a full six points from two games played, more than enough to make it to the quarters.

It was the Airmen who had an early chance to go ahead in the very first minute of the game when Vivek found himself behind the FCBU defense and in the clear but he failed to convert the chance.

Manzi then scored his first from the spot in the 21st minute, when Air Force defender Davinder was ruled to have handled the ball inside the box. FCBU then doubled their advantage seven minutes later as Manzi now turned provider, finding Yumnam Gopi Singh with a fine ball to catch the Air Force defense napping.

However, Vivek got one back for Air force as he latched on to a cross from Prabhjot. That goal probably inspired the Airmen as they were a transformed team in the second-half dominating proceedings for a good half an hour. Vivek got his second of the game from a corner by Shahbaaz as he leapt above the FCBU defense to head past Bhutia and equalise.

FCBU finally broke the deadlock in the 72nd minute as the same Manzi-Gopi combination struck again. Manzi then got his second of the game in injury time to ensure FCBU had no late jitters.

The Indian Air Force, who had gone down 1-4 to Mohammedan Sporting, put a much-improved performance on Thursday.