Indian Navy gave a good account of themselves, playing in their first game of the 130th Durand Cup at the Mohun Bagan ground in Kolkata. 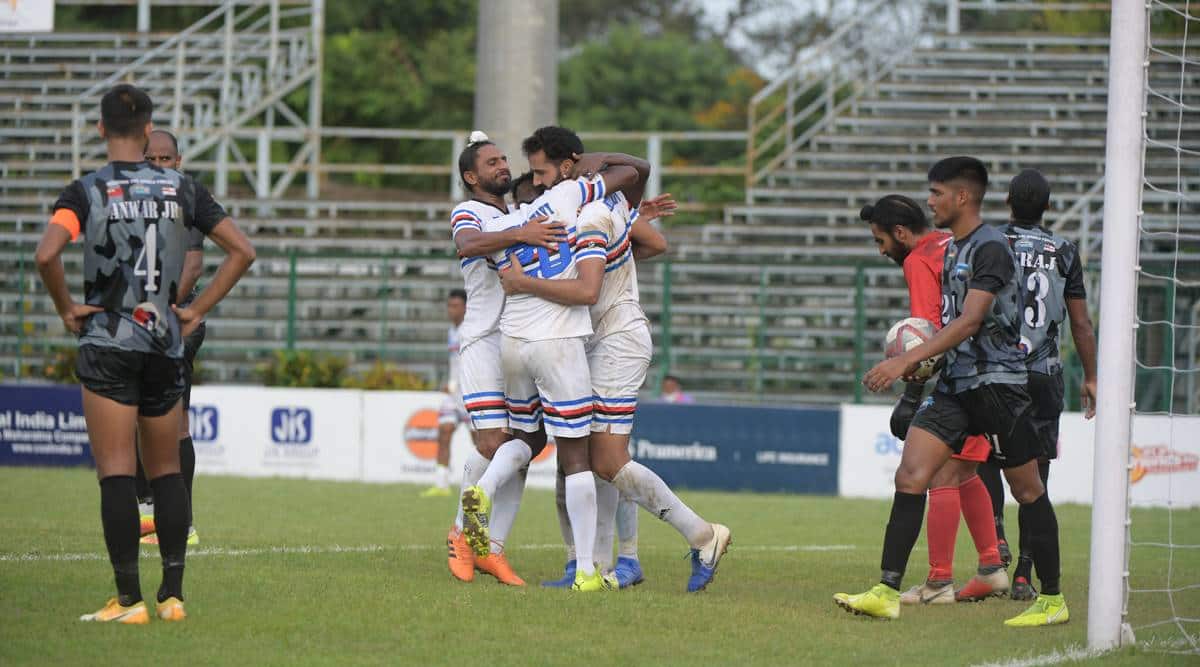 Regimental side Indian Navy defeated Delhi FC 2-1 in their opening match of the Durand Cup football tournament at the Mohun Bagan ground on Wednesday. Defender Dalraj Singh scored the winner late in the second-half off a header from a corner kick. Trinidadian Willis Plaza had put the Delhi side ahead in the 21st minute before Indian Navy got the equaliser through Shreyas four minutes later.

The game was fought on an even keel with the Navy finishing as the stronger side. The Delhi side had four foreigners, Brazilian Sergio Barbosa Junior, Nigerian Ekom Philips and Gambian Dawda Cessay giving Plaza company on the field, but in the end they were of no avail against a spirited Navy performance.

Prolific goal scorer in the top divisions of Indian football Willis Deon Plaza of Trinidad and Tobago scored his first Durand Cup goal and that of the game to put the Delhi side ahead 21 minutes into the game. He got at the end of a floating ball inside the box after a very pleasing attacking move by Reinreithan Shaiza and Dawda Cessay, to drive it past the Navy keeper Bhaskar Roy.

The Sailormen however hit back almost immediately when a cross from the right by Nihal Sudeesh saw Shreyas, who had a fantastic game overall, swoop in between Delhi defenders inside the six-yard box for a clinical bulging the net finish.

The goal boosted the Navy side no end and coach Abhilash Nair also affected early changes bringing in Sarabjit Singh for Jijo in midfield. Willis Plaza however did have a golden chance to put his team back ahead just before half-time, but his shot from close range after a lovely through from Brazilian Barbosa had set him away, was thwarted by keeper Roy.

The second-half did not rise to the competitive levels of the first for most parts before Dalraj ensured a grand stand finish. Rising above the crowd off a Navy corner in the 86th minute, he blasted a header past a hapless Manvir Singh in the Delhi goal.

Speaking after the game Dalraj credited their coach Abhilash Nair’s planning ahead of the game for the result achieved. He said, “The coach used to make us practice these set-pieces all the time and also told us how to play in short-passes given they had deep back-four. I think following hisplans helped and we got the result.”

Yan Law, the Delhi FC head coach was understandably disappointed saying, “We have tough games against ISL sides Bengaluru FC and Kerala Blasters coming up and we need to definitely improve in all departments if we have to get the results our way.”

Abhilash Nair on the other hand credited his team saying, “I am very happy because our boys played to the plan and followed all instructions which is why we got the result despite losing two players to injury at the last moment. We will look to to win all games.”