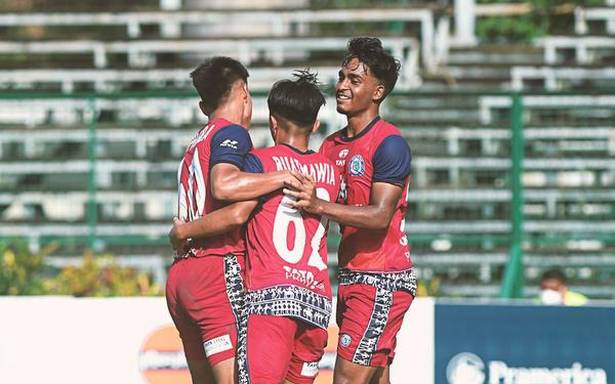 Jamshedpur FC found the lead in the 34th minute.

Indian Super League side Jamshedpur FC began its Durand Cup campaign on a winning note as it downed I-League outfit Sudeva Delhi FC by a solitary goal in a preliminary leg group B match at the Mohun Bagan ground on Monday. Second division side FC Bengaluru United won its group A league match beating a 10-man Central Reserve Police Force (CRPF) 1-0 at the Kalyani Stadium.

Jamshedpur FC found the lead in the 34th minute through Tata Football Academy graduate, Lalruatmawia. The Steelmen held on to the slender lead for the rest of the encounter as Sudeva Delhi failed to convert its chances. Subho Paul, the FC Bayern Munich u-19 world squad player in Sudeva FC ranks, squandered a fine chance to equalize when his attempt from the spot on a 61st minute penalty was saved by the Jamshedpur FC goalkeeper Vishal Yadav.

Spanish striker Pedro Manzi found the target in the 63rd minute to secure the full quota of points for FC Bengaluru United. The CRPF was reduced to 10 men in the 72nd minute when its goalkeeper Moses Antony was sent-off for handling the ball outside own box. This virtually ended its hopes of making a comeback.