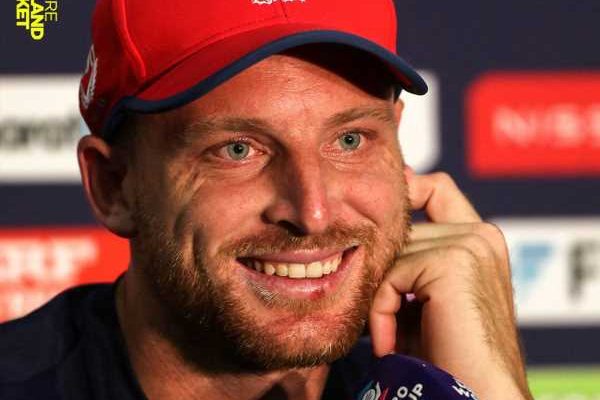 Securing England’s second Twenty20 World Cup title would be a triumph for a team in transition but captain Jos Buttler says more success can be reaped by his seasoned squad.

The England team battling Pakistan for the trophy at the Melbourne Cricket Ground on Sunday will be laden with players in the back end of their careers, including 33-year-old opener Alex Hales and 35-year-old all-rounder Moeen Ali.

Buttler will be 33 when the 50-overs World Cup rolls around in 2023, while spin bowler Adil Rashid will be 35.

Though England may need to regenerate to maintain the standards set by former captain Eoin Morgan, Buttler said he felt the current squad was only at the beginning of a new era for English cricket.

“Of course the chances are going to be fewer and fewer when you’re a bit older. But that just gives you that added determination and drive to try and make it happen,” he told reporters at the MCG on Saturday.

“Hopefully I’ve got more time ahead myself as a captain and with (head coach) Matthew Mott we can hopefully shape the next, as I say, era of English white-ball cricket.”

“Of course we’re still reaping the rewards of Eoin Morgan’s tenureship and the changes that have happened in the white ball game in England.”

“That’s clear to see in the strength and depth of the talent we now have in the white ball game in England.”

“We’re very much right in the back of that wave, of course, but there’s a bit of a new direction, as well.”

England, who won the 50-overs World Cup on home soil in 2019, will bid to become the first team to hold both the global white-ball trophies with victory over Pakistan.

Rain could prove a frustration for both teams, with heavy showers expected to disrupt the match and possibly tip it into the reserve day on Monday.

Buttler said England’s victory in the nerve-jangling 2019 World Cup final against New Zealand would be something the players could draw upon for the challenges of a weather-hit final.

He added that England had learned the hard way from the Super 12 defeat to Ireland at the MCG, when his team made a mess of their chase and fell short of the victory target when rain brought the Duckworth-Lewis method into play.

“The weather around Melbourne sort of was dominating the whole tournament at that stage and was sort of definitely a distraction at times,” he said.

“But certainly the game we got into against them, we know the areas we were short. That definitely hurt us.”

“I think we’ve seen a reaction to that game in the rest of the cricket we’ve played so far.”