Jofra Archer was omitted from the squad of the ODI series beginning on Tuesday due to a worsening elbow injury. He was also ruled out of the initial phase of the IPL 2021. 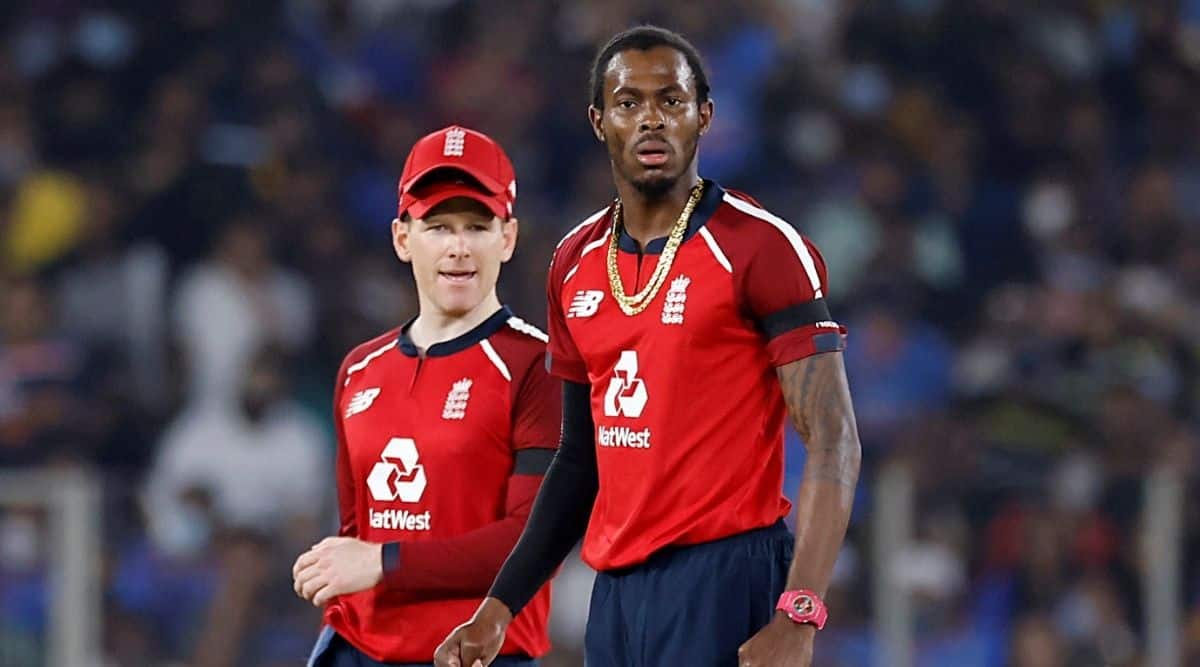 England will need to get to the bottom of the problem hampering star pacer Jofra Archer to get him back on the field for the T20 World Cup and the Ashes, said head coach Chris Silverwood on Sunday.

The 25-year-old Archer was omitted from the squad of the ODI series beginning here on Tuesday due to a worsening elbow injury. He was also ruled out of the initial phase of the Indian Premier League which begins on April 9.

“It is disappointing for Jofra and for us, we need to get to the bottom of the problem. We will make sure that we have every possible resource surrounding him and hopefully getting him on the field fit and fine for the future of England,” he said at a virtual press conference.

“It is technically not the same problem, is it? The important thing here is we get it cleared up and we get him to see the specialist. We need to make sure that we make it clear for Jofra to have a long successful career for England.

“In this moment of time, I am pretty chilled out but the most important thing for me right now is that Jofra sees the right people to get fully fit.”

Silverwood said he wants Archer to play in the T20 World Cup and the Ashes.

“He is a great performer and I want him there. I have full confidence in my medics team that they will provide him the best treatment to give him the best possible chance,” he said.

“You get niggles, injuries are part and parcel, you can pick up an injury at any given point of time.”

England lost the four-Test series 3-1 before going down 2-3 in the T20I series against India on Saturday.

Silverwood said his side will look to turn the tables on the home side in the ODI leg and the experience of playing in Indian conditions will come handy when they compete at the T20 World Cup later in the year.

“T20 World Cup is in India later in the year and to have experience of playing here in India is important.”

Asked about the T20I series loss, Silverwood said, “I see the T20 series as a great experience for our players to be out here. Obviously, disappointed to lose but it is a difficult place to come and win. India played very well.

“But we will certainly be wiser for it, coming back here for the World Cup, the players would have experience of the wickets and conditions. Again, the experience of how to bat and ball on these wickets. Disappointed to lose this series but excited regarding what is in front of us.”

Asked about using fewer players during the T20I series, he said, “We were expecting the wickets to potentially turn but the wickets were firm and good wickets. Hence, we made very few changes in our team.”