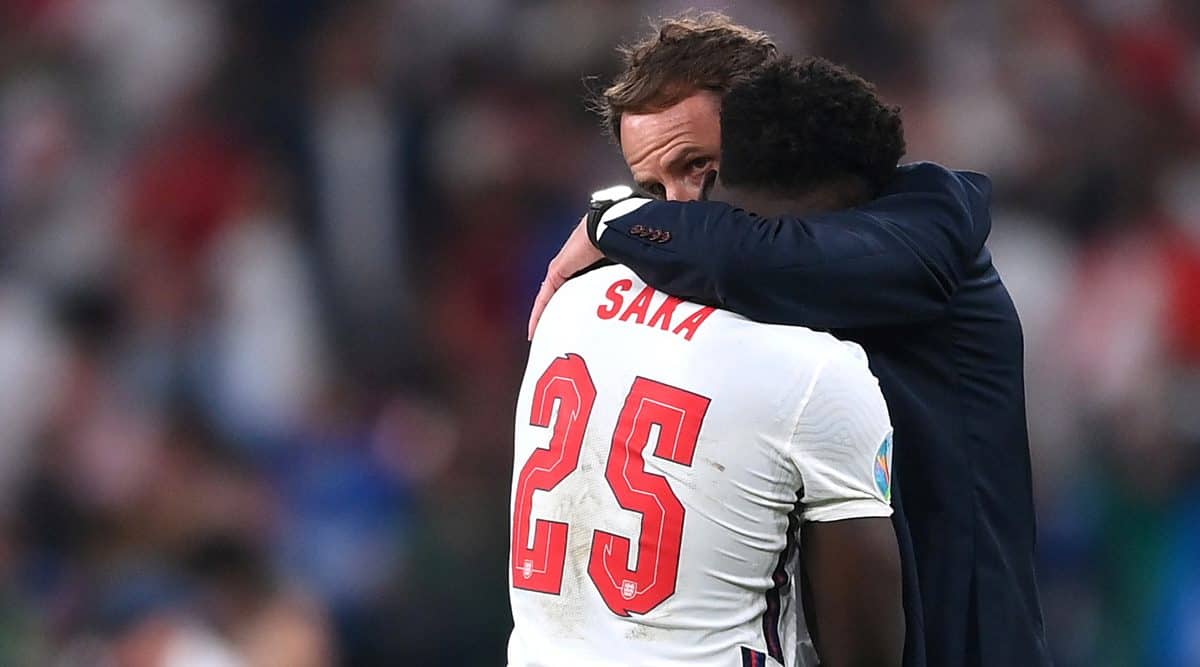 Roy Keane said England teenager Bukayo Saka should not have been given the task of taking its crucial fifth penalty in Sunday’s shootout defeat by Italy in the Euro 2020 final.

Saka, 19, had to score to send the shootout to sudden death but his kick was saved by Gianluigi Donnarumma. The Italian goalkeeper had also saved from Jadon Sancho after Marcus Rashford had hit the post.

“If you’re (Raheem) Sterling or (Jack) Grealish, you cannot sit there and have a young kid (Saka) go up for a penalty ahead of you,” former Ireland international Keane told ITV.

“They have a lot more experience, Sterling has won trophies, they had to get in front of the young kid and stand up.”

Former England defender Gary Neville said the decision on who was taking the penalties would have been made well before Sunday’s final.

“They would have worked out over the last few weeks in camp, done sessions on it, looked at who’s scoring the most, and got the best record,” he said. “It would be scientific, it would be data-led.”

Former England defender Rio Ferdinand said no one could “blame and point the finger” towards the players who missed the penalties, while Alan Shearer said players should be praised for stepping up.

“For the youngsters to say, ‘yes, I’ll go on and take a penalty’… you have to give them credit for that,” former England skipper Shearer told the BBC. “But it will be tough for them now. Hopefully, they will get over it.”