Harry Kane and Manuel Neuer showed solidarity with the LGBT+ community during Pride Month by sporting rainbow-coloured armbands at Wembley. 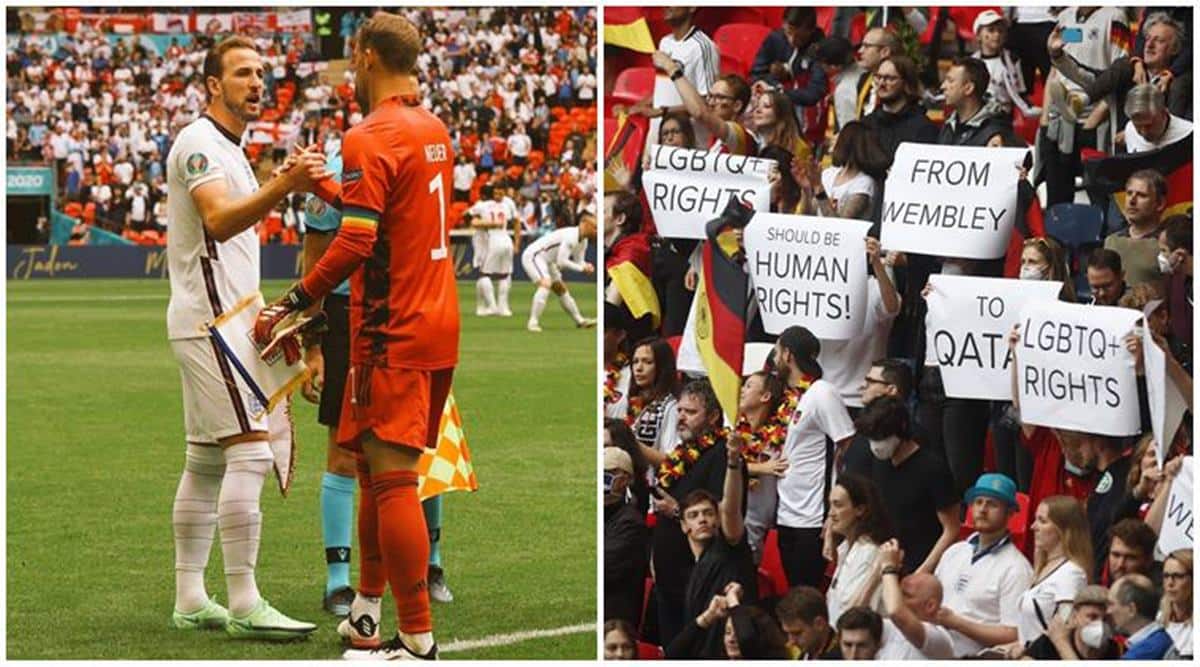 Harry Kane and Manuel Neuer showed solidarity with the LGBT+ community during Pride Month by sporting rainbow-coloured armbands at Wembley on Tuesday.

Neuer has worn the armband in all three of Germany’s Group F games and during their warm-up game against Lativa on June 7. The England captain has previously donned the multi-coloured symbol during the annual Rainbow Laces week while playing in the Premier League for Tottenham.

Meanwhile, England coach Gareth Southgate opted for a three-man defence for Tuesday’s Euro 2020 Round of 16 game against Germany, with Harry Maguire keeping his place alongside John Stones and Kyle Walker with the aim of nullifying the threat of Germany’s marauding wing-backs.

The 3-4-3 formation, also deployed by Southgate in England’s run to the semi-finals of the World Cup in 2018, includes Kieran Trippier and Luke Shaw operating as wing-backs.

The other changes included Jack Grealish stepping back out of the side, with 19-year-old forward Bukayo Saka keeping his place with Raheem Sterling and captain Harry Kane in an attacking front three.

Germany coach Joachim Loew made two changes to his lineup, with Leon Goretzka coming into the midfield alongside Toni Kroos, replacing injured Ilkay Gundogan, who hit his head in their last group game.