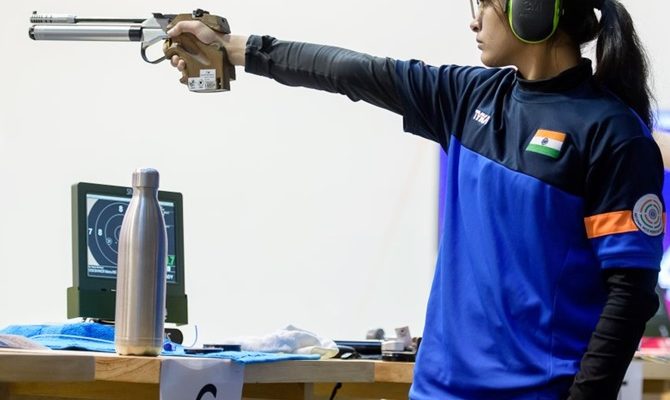 The Tokyo Olympics won’t be anything like the Games we have watched in the past.

The Olympics will take place without spectators in host city Tokyo, organisers said as a resurgent coronavirus forced Japan to declare a state of emergency in the capital that will run throughout the Games.

Sports ruling bodies expressed their disappointment at the decision of Olympics organisers to ban spectators from the July 23-August 8 Tokyo Games but understood Japan’s need to take drastic action to curb the spread of COVID-19.

Here are five shooters to watch when the Games formally kick off on July 23: The Indian teenager could prove a thorn in Kostevych’s side in Tokyo. Bhaker, a youth Olympic gold medallist, has been in sterling form in recent times, particularly dominating the mixed team events, winning all four World Cup series titles in 2019.

The 41-year-old Korean has already secured his place as the Olympics’ most successful individual shooter with four golds, including three 50m pistol titles in a row.

Jin, who also won the 10m pistol gold at the 2012 London Games, will be favourite to claim his fifth Olympic gold and set the benchmark even higher.

The 32-year-old, a two-time Olympic gold medallist, will once again lead the American challenge in the shotgun range.

Hancock won his first World Championship title at the age of 16 and shot a perfect score in the final of the 2012 London Games to defend the title he had won in Beijing four years ago.

A podium finish eluded him in Rio but he has looked in vintage form during qualifying for Tokyo.

The Ukrainian is a two-time world champion who won the 10m pistol gold at Athens in 2004 and a couple of bronze medals at the 2012 London Games.

The 36-year-old is back in action after giving birth and is likely to compete in three events in Tokyo, including the mixed team competition.

The Georgian will enter the record books when she becomes the first female athlete to compete in nine Olympics.

Winner of the 25m pistol gold at the 1988 Seoul Games, the 52-year-old has built her own shooting range in her basement with the help of her son and is ready to shine in Tokyo.