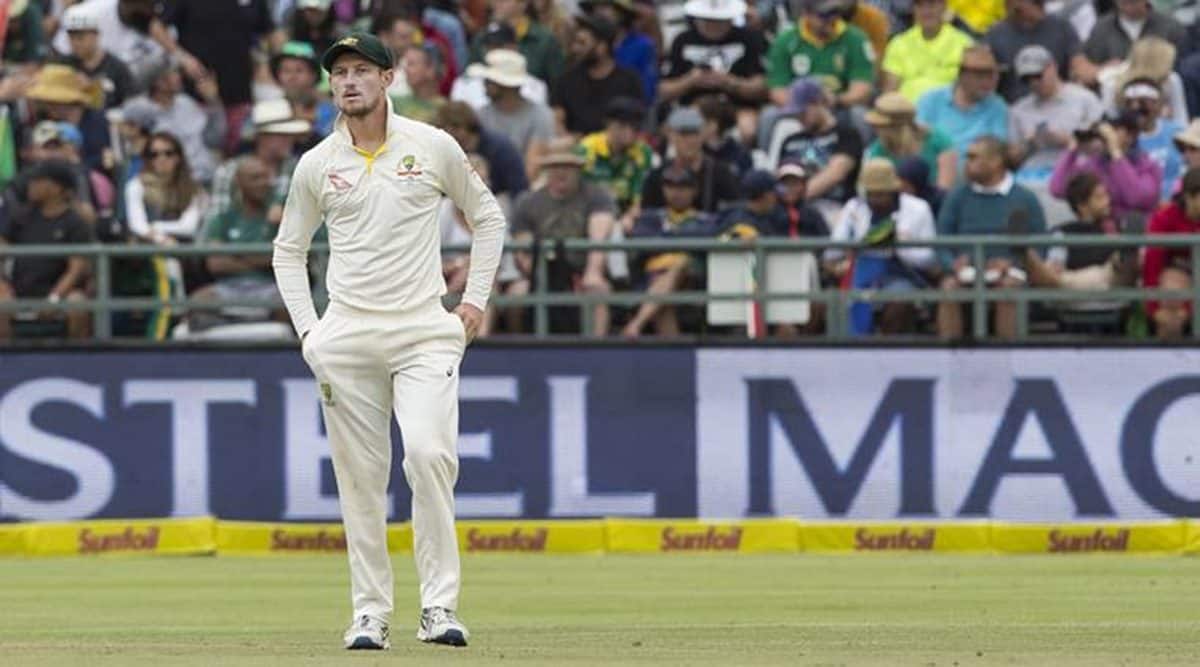 Cameron Bancroft reignited the ball-tampering controversy when he indicated that it was “self explanatory” that Australian bowlers knew about it. Bancroft’s recent interview with The Guardian prompted responses from former cricketers, Cricket Australia (CA) and others. A few days later, a report by Sydney Herald reveals that Bancroft has backtracked on his claims about the 2018 fiasco when CA contacted him.

“Bancroft, who is playing county cricket in the UK, had responded overnight on Monday in a conciliatory manner and indicated that he did not have significant new information to share with CA,” the newspaper reported.

Even if the 28-year-old tried to douse the flames, it does not seem like we have seen the end of the debate around sandpapergate. CA was stringent in their actions banning senior players David Warner and Steve Smith. It is yet to be seen what actions the board takes after the new developments. Meanwhile, former cricketers have weighed in their opinions on the matter.

Former Australian skipper Michael Clarke was not surprised at all by Bancroft’s comments. “What’s the surprise? That more than three people knew? I don’t think anybody who has played the game of cricket, or knows a little bit about cricket, would know that in a team like that, at the highest level, when the ball is such an important part of the game,” Clarke told Sky Sports radio.

“If you’d played the game of cricket, you would know more than three people know what was going on in there. The problem Cricket Australia has is the fact they’ve tried to sweep it under the carpet and not come out and tell the full story,” he added.

Gilchrist feels CA did not do enough

Former Australian wicketkeeper-batsman Adam Gilchrist said that CA did not want to go deeper into it and get to the root of the problem. “There was an opportunity for CA if they were going to make such a strong statement they needed to do a more thorough investigation to work out where the root of the problem was,” Gilchrist was quoted as saying on SEN Radio.

“Anyone would be naive to think people were not aware with what was going on about ball maintenance. I don’t think Cricket Australia wanted to go there. They did not want to go any deeper than that superficial example of ball-tampering,” he added.

Former Australian cricketer Ian Chappell wants to know the whole story that led to Australians cheating against South Africa. “If I was Smith, Warner or Bancroft, I’d want the others publicly recognised for their part in what happened,” Chappell told Nine’s Wide World of Sports.

“It’s not just the fact the ball was tampered with at Newlands, it’s all the lead-up about how it got to that point, and what caused it to reach that level of stupidity. For it to have got that far it had to have involved a lot of people, and not just those around the team. It involves people way up the ladder, and the fact that none of them were enveloped, if I was one of the three that did get pinged, I’d be pretty pissed off about it.,” he added.

Vaughan plays it down

Former England skipper expressed his thoughts in a tweet saying that it was obvious that the Australian bowlers knew that the ball was tampered with.

Saker says it could have been stopped

Australia’s bowling coach during Australia’s tour of South Africa said that there were a lot of people who could have done something about it on the field but they did not. “It could have been stopped and it wasn’t, which is unfortunate. Cameron’s a very nice guy. He’s just doing it to get something off his chest… He’s not going to be the last,” Saker told The Age and Sydney Morning Herald.

What the board says

Soon after Bancroft’s comments, CA came up with a statement saying that they will welcome any new information about the incident. “CA has maintained all along that if anyone is in possession of new information in regards to the Cape Town Test of 2018 they should come forward and present it,” the board said in a statement on Saturday.