Haris Rauf tormented the Multan Sultans' batsmen as he scalped three wickets, giving away just 30 runs at an economy rate of 7.50. Out of his three victims, Shahid Afridi was one of them. 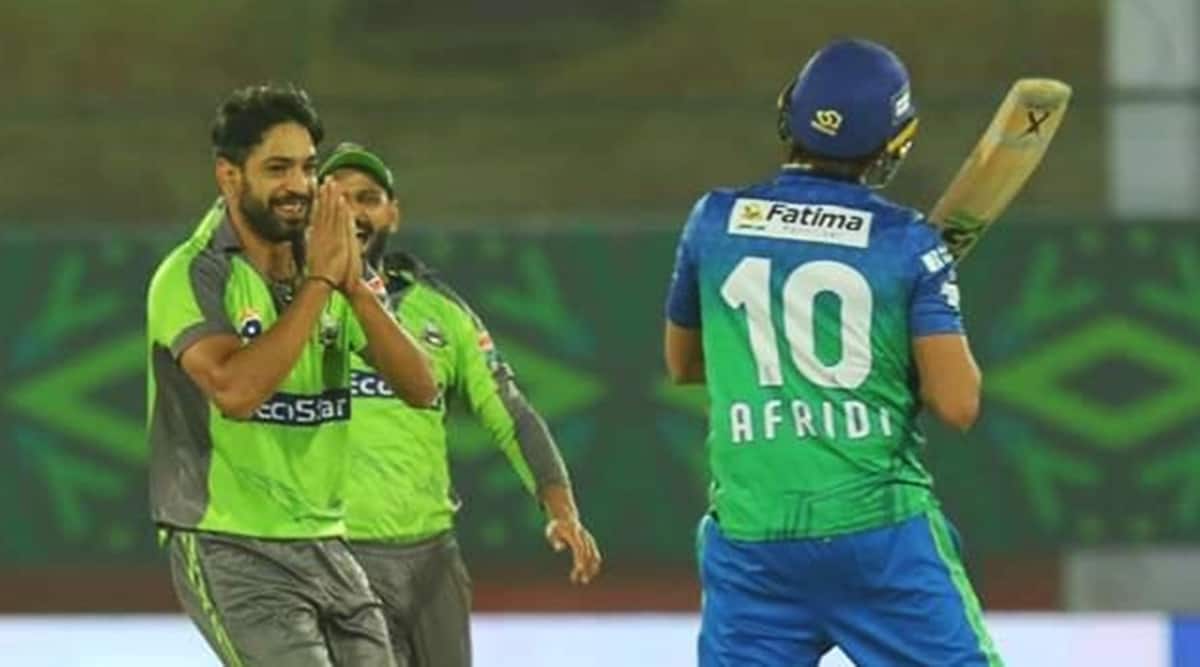 Haris Rauf stole the limelight in the Pakistan Super League’s (PSL) second eliminator on Sunday after coming up with an incredible gesture of respect towards veteran all-rounder Shahid Afridi.

Fighting for a spot in the final, Lahore Qalandars and Multan Sultans locked horns at the National Stadium in Karachi on November 15. After setting a target of 183, Lahore bundled Multan on 157 in 19.1 overs to win the match by 25 runs.

For the Qalandars, South Africa’s David Wiese made the difference as he starred with both bat and ball. After scoring a quickfire 48 off just 21 balls with five fours and three sixes, he shone in the second innings as he registered a brilliant 3/27 off his stipulated four overs.

Alongside Wiese, Rauf tormented the Sultans’ batsmen as he scalped three wickets, giving away just 30 runs at an economy rate of 7.50. Out of his three victims, Afridi was one of them.

In the 14th over of the chase, Afridi came in place of Rilee Rossouw when Multan Sultans were reduced to 116/5. On the fifth ball of his over, Rauf castled Afridi for a first ball duck with a beauty.

Rauf’s inswinging delivery sneaked through Afridi’s legs and dislodged the bails in some fashion. As soon as the ball hit the stumps, the pacer apologised to Afridi with folded hands.

Rauf is the leading wicket taker in T20s in 2020 with 50 wickets. It’s the seventh instance a Pakistani player has taken 50+ wickets in a calendar year in T20s.

Lahore Qalandars have now set a date with Karachi Kings in the summit clash on November 17.

No politics, only farm issues: A team monitors the stage, decides speakers

Released by Houthis in Yemen, 14 Indian seamen fly back home from Dubai