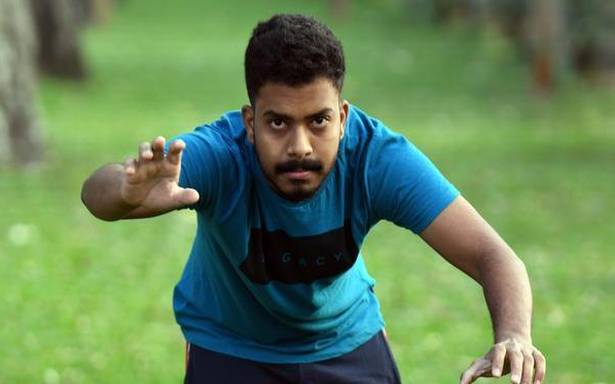 Manoj Kumar KK was about 15 years old when he realised how much he enjoyed watching wrestling matches — to the extent that he began dreaming about being a wrestler.

“While I was a pre-university student at the Government Junior College in Tumkur, my roommate at the hostel, Sunil Kumar, was a district-level kabbadi player. He would encourage me to exercise and work on my stamina since I was weak and underweight,” says the Bengaluru-based wrestler.

Initially, Sunil pushed Manoj to work on his physique purely from a health perspective, but after he came to know of Manoj’s interest in wrestling, he began to nudge him in that direction. “In the beginning my mother refused to let me train. She told Sunil my bones would break as I was that weak,” laughs Manoj, whose family is based out of Bengaluru.

However, as he grew stronger, Manoj began to consider making his wrestling dream a reality. “I would also go to the garadi manne [traditional gymnasium] and watch people practise. When I got back home, I would do similar warm-up exercises and watch videos to imitate the moves of wrestlers,” says Manoj.

In 2016, at Sunil’s insistence, Manoj enrolled and won gold at the taluk and district levels in the freestyle category. Though he qualified for the State level, he lost.

It was only at this point did he tell his family about his involvement with wrestling. Coming from a very ‘ordinary’ family with his father as the sole breadwinner, the pursuit of anything non-academic was a pipe dream. However, that initial taste of success only whet his appetite and he continued to train, despite the lack of a coach to guide him.

“I realised that though wrestling is a mental game, I had to work harder on my strength and weight to better myself,” he says. His hard work finally paid off when he clinched the gold at the National level in the U-19 category, in July 2019.

It was providential that Joe Lewis, a wrestling coach based out of Bordeaux in France, was visiting Bengaluru and saw the news of his victory in a local daily. Lewis contacted the reporter and touched base with Manoj, inviting him to spar with him.

“I wanted to gauge this boy’s talent,” says Joe Lewis, president of the wrestling division of Les Girondins de Bordeaux Onmisports, over phone from Bordeaux.

A British national, Lewis won multiple national championships and represented both Great Britain and France at the international level. He was so impressed with Manoj that he offered to train the boy, all expenses paid, if Manoj could make his own way to France.

“One can learn techniques, hone their skills or follow a diet plan to increase their strength, but there is no substitute for heart, which is what Manoj has,” says Lewis. “It is amazing what he has achieved with limited resources and I am sure with proper training and a little bit of help he can go places.”

“Once the lockdown lifts, I hope he can come here to train for a couple of months and compete in some local and perhaps international tournaments. I believe he has the heart of a champion and with the right training, he can definitely compete internationally,” adds Lewis.

Due to the pandemic, Manoj has no one to spar with, but he still trains at BEL stadium in Vidyaranyapura, every morning from 6 am to 7 am come rain or shine. While working on the funds for his trip, he is eyeing the U-23 gold and wants to be ready for it, whenever it is held.