Steve Smith has shrugged off the booing by the Hampshire crowd as "white noise" and "water off a duck's back" after his century guided Australia to a 12-run win over England in a warm-up match. 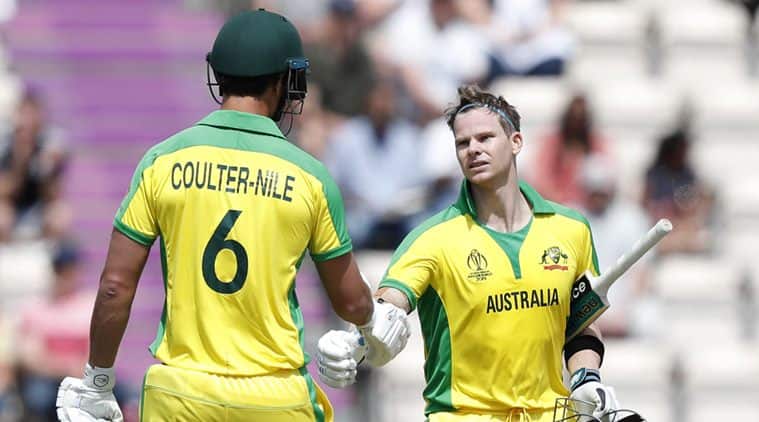 Steve Smith has shrugged off the booing by the Hampshire crowd as “white noise” and “water off a duck’s back” after his century guided Australia to a 12-run win over England in a warm-up match.

Smith made 116 in his first appearance against England since a year-long ban for ball-tampering as Australia beat the World Cup hosts and favourites here Saturday.

Both Smith and David Warner, also coming off a one-year suspension for ball-tampering, were booed loudly by large sections of the crowd when they came out to bat and when they were dismissed, but Smith was also jeered when he reached fifty and then when he completed a sprightly hundred.

“Everyone’s entitled to their opinion and how they want to treat people,” Smith told reporters after a 102-ball innings featuring eight fours and three sixes.

“It’s water off a duck’s back and it doesn’t bother me. I try to black it out.

“They call it ‘white noise’. When I’m out in the middle I don’t pay attention to the crowd or what they’re saying,” he added after top-scoring in a total of 297 for nine.

Former captain Smith said both he and Warner, his deputy in the infamous Cape Town Test last year, had been welcomed back warmly by their teammates.

“It’s like we never left in a way. I know I’ve got the support of my team-mates up on the balcony and for me that’s the most important thing.

“If I can make them proud out in the middle and make Australians proud as much as I can then that’s my job.”

On his form he added, “I’m not reading too much into it, they are just practice games.

“Hopefully I can keep this form for the real stuff. But I am feeling good, composed and calm at the crease. Any time you make a hundred for Australia it’s a real honour.”

England stand-in skipper Jos Buttler, who was also doing the wicket-keeping duty while Smith creamed the English attack, said: “He’s the same player. He was a class player 12 months ago and he still is.