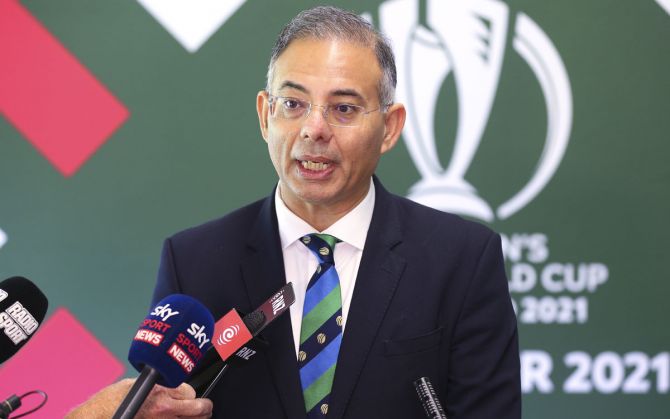 The International Cricket Council’s (ICC) chief executive Manu Sawhney will step down with immediate effect, four months after he was sent on leave following an investigation into his style of working, cricket’s world governing body said on Thursday.

Sawhney, the former managing director of ESPN Star Sports, joined the Dubai-based cricket world governing body in January 2019, succeeding David Richardson of South Africa, who was in the role for seven years.

“Geoff Allardice will continue as Acting CEO supported by the Leadership Team working closely with the ICC Board,” the sport’s governing body said in a statement.

ESPNcricinfo reported that Sawhney was suspended in March after a number of allegations — including bullying — against him surfaced following an internal review conducted by an audit firm.

Sawhney has denied the allegations and vowed to appeal should he be found guilty by a disciplinary hearing.

The former Singapore Sports Hub chief executive was with ESPN Star Sports for 17 years and during his tenure led the global broadcast partnership deal with the ICC that ran from 2007-15.

He was also a non-executive director and member of the audit committee at Premier League soccer club Manchester United.