Kiwi skipper Kane Williamson and Ross Taylor's 114-run partnership for the third wicket ensured New Zealand chase down the target against India without any problems. 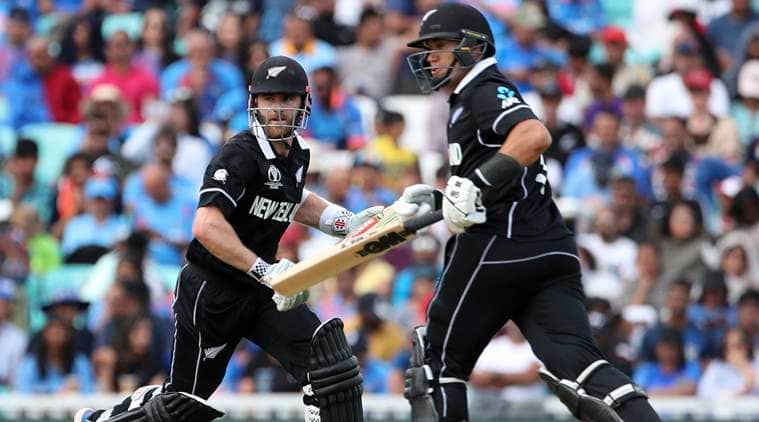 New Zealand warmed up in style as they beat favourites India by six wickets with 77 balls to spare. A target of 180 was never going to be enough at Kennington Oval, London. Kiwi skipper Kane Williamson and Ross Taylor’s 114-run partnership for the third wicket ensured New Zealand chase down the target without any problems.

Williamson (67) and Taylor (71) scored half-centuries as New Zealand openers Colin Munro and Martin Guptill lost their wickets to Jasprit Bumrah and Hardik Pandya respectively. Williamson fell prey to Yuzvendra Chahal’s change of pace but his wicket was not enough to change the course of the game.

Earlier, Virat Kohli decided to test his batting lineup when he won the toss and elected to bat first. Indian openers had trouble facing the new ball as they scored two runs each before losing their wicket to Trent Boult. Kohli could not play a long innings either and fell for 18. India’s no.4 player KL Rahul suffered the same fate, putting India in a tricky position with four wickets down for just 39 runs in the 11th over. MS Dhoni and Hardik Pandya tried to turn things around for India but Jimmy Neesham got the wicket of the latter in his first over. Later in the over, he got the wicket of Dinesh Karthik as well. Seeing wickets tumble on the other end, Dhoni gave in to the pressure and lost his wicket trying to break the shackles and hit the boundary.

Ravindra Jadeja stood out of the lot. Jadeja played himself in and then launched a counter-attack against Mitchell Santner hitting him all over the park.

Kuldeep Yadav supported him sharing a 52-run partnership for the 9th wicket. The Saurashtra all-rounder entertained the crowd with his swordsmanship upon reaching the half-century. But, he lost his wicket soon after as India collapsed for a mere 179 with 62 balls to go.