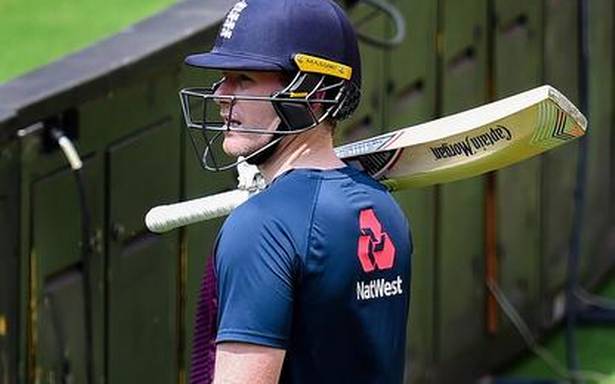 Rahul to open, Bhuvneshwar returns from injury; England will fancy its chances

After being outplayed by India in the Tests, England will be desperate to put up an improved show in the five-match T20 series, which commences here on Friday.

On paper, the shortest format should provide a more even contest between the two teams. The full-strength England squad includes the likes of Jos Buttler, Jonny Bairstow and Moeen Ali — all of whom took rest breaks during the Test series. Pace ace Jofra Archer has been declared fit, which lends great heft to the bowling unit.

Pitch will not matter

The pitches at the Narendra Modi Stadium — which caused the visitors much discomfort in the third and fourth Tests — will not play as significant a role. Heavy hitters Eoin Morgan, Ben Stokes, Dawid Malan, Jason Roy, Buttler and Bairstow, armed with the licence to attack from the get-go.

There is, however, no escaping the might of the Indian team, which, in recent years, has firmly established themselves as a powerhouse across formats.

The white-ball specialists join the old guard to give the home team a fresh yet formidable look.

A selection question — choosing an opening partner for Rohit Sharma — received an emphatic answer from Kohli. The skipper stated in a media interaction on Thursday that K.L. Rahul gets the nod ahead of Shikhar Dhawan.

Rahul, who donned the wicketkeeping gloves in Australia, will feature as a specialist batsman, given that Rishabh Pant has cemented his place behind the sticks.

If a recent training video posted on his social media is taken at face value, Hardik Pandya could return to pace bowling duties. The electric Baroda cricketer has bowled only sparingly since suffering a back injury over a year ago.

Pacer Bhuvneshwar Kumar, who missed a significant part of the IPL due to a thigh injury and last played for India in December 2019, is set to take the new ball.

Despite the cliche about focusing on the here and now, both teams will have an eye on the ICC T20 World Cup to be held in India in October.

All selection conundrums must be resolved well before the mega event, which only increases the stakes for players hoping to seal long-term spots.

This is a battle between the top two T20 sides in the world, studded with exceptional talent. Expect fireworks galore.