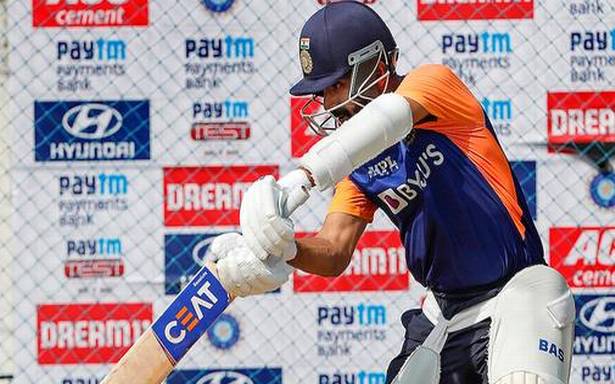 Ajinkya Rahane dismissed any concerns regarding his form after a string of low scores ahead of the second Test against England which begins here on Saturday.

“I don’t need to worry about what happened in the first Test. It is about what the team wants from me for this Test match. I am going to contribute. I am very confident about it,” said Rahane who had scores of 1 and 0 in the first Test, which India lost by 227 runs.

The vice-captain has a lower average at home than overseas and has just one score above fifty in the last seven Tests, but pointed to his record in India’s previous home games, against South Africa and Bangladesh, when he scored a ton and a couple of half-centuries.

“We are playing at home after two years. We last played at home against South Africa [sic: Bangladesh] in 2019. If you take that record, you will find something over there.

“My focus is completely on how I can contribute to the team. If you take the last 10-15 Tests, you will see some runs over there,” he added.

Commenting on the wicket, Rahane expressed a belief that it will offer turn from the first day.

“Yeah, it looks completely different. I am sure it will turn from the opening day. But we will have to wait and see how it plays and take it from there. We have to forget what happened in the first Test. We know these conditions well. We have to put our best foot forward as a team.”

While this will be the first time that an Indian Test venue will be hosting back-to-back games in a series, Rahane felt it was not a big challenge.

“I don’t think it will be tricky as such. Yes, the wicket will be slightly different and we will have to adjust accordingly. We have to change our plans according to how the pitch behaves and we have played quite a lot in Chennai. So the sooner we adjust to the wicket, the better it will be,” he said.