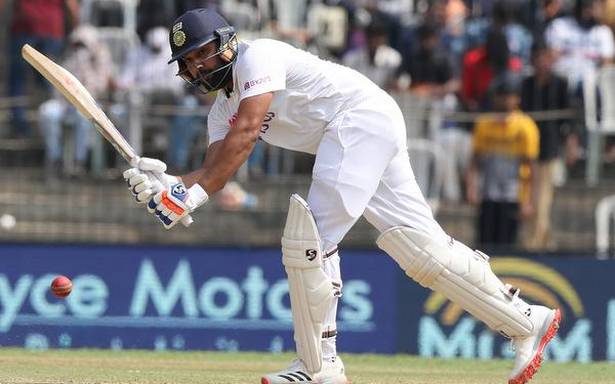 India opener Rohit Sharma has confirmed that the pitch at the Sardar Patel Gujarat Stadium in Ahmedabad is likely to be a turner similar to the one in Chennai last week that raised a lot of eyebrows.

“It’s still early days to talk about the pitch but I don’t see anything changing in the pitch (from) what we played in the second Test match. It’s gonna be more or less on the same page,” Rohit said in a virtual media interaction on Sunday.

If it ends being a square turner — as has been widely anticipated considering India has to win the four-match series to progress to the World Test Championship final — the third Test will be historic in more ways than one.

Not only will it be the first at the refurbished stadium, it may end up being the first day-night Test in the world to be played on a rank turner. Conventionally, pink-ball Tests have ended up aiding seamers across the globe.

Rohit, reputed for his straight talk, swept critics off the Chepauk pitch over the fence, just like he did during his match-winning 161 in the second Test in Chennai.

“Every team should get the pitch it prefers. That’s what it is when it comes to home advantage. Otherwise, you should get rid of it altogether. The ICC should direct that uniform pitches be made in India or anywhere else. When we travel, they also make our life difficult. I don’t think pitches should be discussed, instead we should discuss about the game, players, their techniques,” he said.

“When we play overseas, we never speak about the pitches. We are happy with the result and move on. Everyone should do the same, especially experts. Talk about the cricket, not the pitches.”