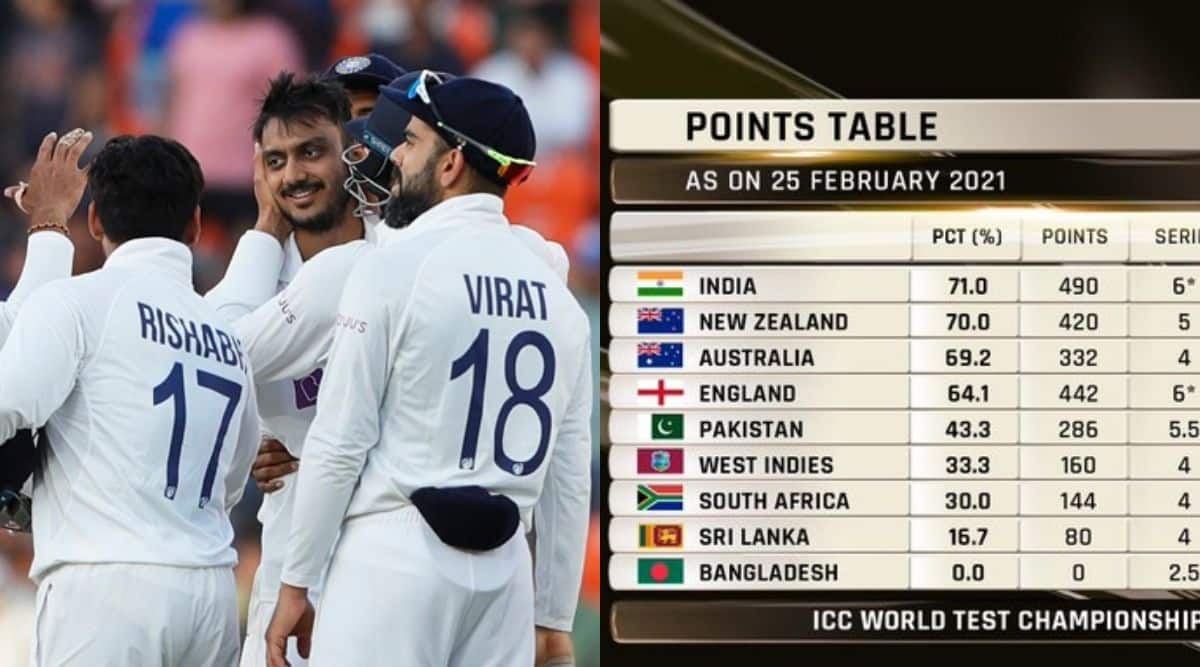 Indian cricket team’s win over England in the first two days of the third Test at Narendra Modi Stadium in Motera, Ahmedabad on Thursday has taken the hosts to the top of the World Test Championship points table. India handed England a 10-wicket defeat in the pink ball Test.

India, who were at the second position after a resounding 317-run win over England at Chennai with 69.7 percentage of points (PCT) and 460 aggregate points and were behind New Zealand, now toppled the Kiwis with 71 PCT.

England are out of the race for a place in the final of the WTC as the visitors needed to win the four-match series 3-1 to play the 18-22 June final against New Zealand.

India need to either win or draw the last Test to stay ahead of Australia, who are in third place with 69.2 percentage points.

Meanwhile, on Day 2 of the Motera Test England’s batting imploded again and after they were all out for 81 in their second innings, India’s victory target was set at 49. Romping home was a formality and Rohit Sharma and Shubman Gill took just 7.4 overs to secure a 10-wicket win and a 2-1 series lead.

Spinners took 19 wickets for India in this game. After his six wickets in the first innings, Axar Patel bagged 5/32 in the second to run away with the Man of the Match award. Ravichandran Ashwin returned with a seven-wicket match haul on his way to 400 Test wickets. Washington Sundar, too, was given an over and he dismissed James Anderson with his fourth ball.

A five-day game finishing inside two days wasn’t a good advertisement for Test cricket. The new Motera pitch, where the pink ball behaved inconsistently, will be put under the scanner. But Rohit Sharma showed the surface wasn’t unplayable.