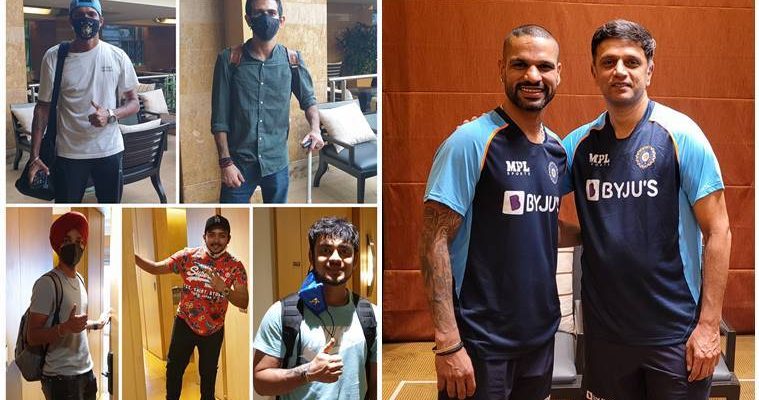 A new look India without Virat Kohli or Rohit Sharma will take on Sri Lanka in a limited-overs series starting July 13 in Colombo. India’s upcoming tour of Sri Lanka will be Rahul Dravid’s first meaningful assignment with the senior team and the former India captain is quite excited about the series where he will accompany a new line of players.

An India sans Virat Kohli, Rohit Sharma, will be representing their country in the limited-over series starting July 13. Under the leadership of Shikhar Dhawan and vice-captain Bhuvneshwar Kumar, India are currently undergoing a two-week quarantine in Mumbai. Before boarding their flight to Colombo, Dhawan and Dravid spoke to the media in a pre-departure press conference.

Dravid, who is working as the Head of Cricket at the Bengaluru-based National Cricket Academy (NCA) of the Board of Control for Cricket in India (BCCI), is also looking at this tour as a learning curve in his career. For captain Dhawan it’s a unique challenge.

“As a coach, it is quite an exciting situation. If we create a nice environment then players will grow a lot. From that perspective looking forward to that. For me, this tour will be a great learning experience. It is another chance to learn something new and better myself,” Dravid said.

“This tour is important for a lot more people. Whether they get selected for T20 WC is the decision of team management,” he added.

After having served more than two weeks in isolation, Dhawan spoke confidently and explained how each player is ready to do fulfill their role as desired by the team management. “Our team is full of confidence, there is excitement and we all know it is a great opportunity for all of us. After our quarantine ends, the boys are raring to go. We have a great blend of experience and youngsters which will help us a long way.”

“It is a new challenge but at the same time, it is a great opportunity for all of us to show our talent.” “Everybody is waiting (for the tour to begin),” he reiterated.

Unrealistic to give an opportunity to all

As a coach, Dravid is someone who speaks to the players individually as well as collectively and tries to address each situation on its merit. He has always tried to hand some game time to his squad members but on this occasion, he admits it is a bit different, and giving chances to all traveling members will not be possible.

“…I think it’s probably going to be unrealistic to expect us in a short tour like this with three games, or three one-dayers to give everyone an opportunity…and the selectors will be there as well,” Dravid also declared in the pre-departure press conference.

Among the players who are fighting for a place in the T20 squad for this year’s World Cup are the capped trio of Ishan Kishan, Suryakumar Yadav, and Sanju Samson.

The India tour of Sri Lanka begins on July 13 in Colombo where the two teams will play three ODIs and three T20Is (from July 21-25).