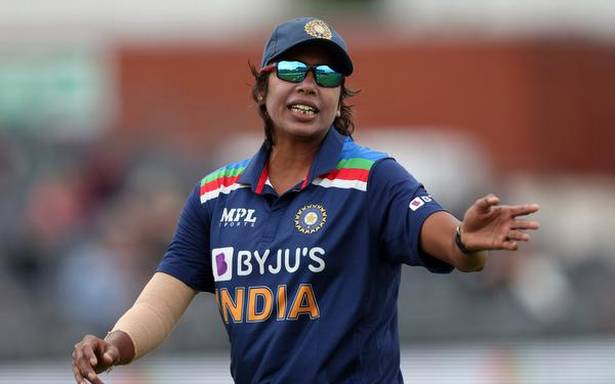 Jhulan Goswami is confident that the Indian bowling unit will come strongly back in the ODI series against England. The Indian bowlers had no answer to the dominant blades of Tammy Beaumont and Nat Sciver, who guided England to an eight-wicket victory with more than 15 overs to spare at Bristol in the first match at Bristol on Sunday.

The 38-year-old seamer pointed out that some of the Indian seamers were playing international cricket after a layoff. “Our pacers Shikha Pandey and Pooja Vastrakar are good cricketers,” she said at a virtual press conference on the eve of the second ODI at Taunton. “Shikha is coming back from a break; she didn’t play in India’s last series. And Pooja is playing after a long time.”

She also expressed confidence in the batters, who too had failed at Bristol, where they managed a far too below-par score of 201 for eight. She said India was trying out combinations and looking at options in the batting order with the World Cup in mind.

“Our No. 3 Punam Raut has a lot of experience (as have Mithali Raj and Harmanpreet Kaur at No. 4 and 5),” said Jhulan. “All we need is one good knock from the top three; that will give us a platform (to make a significant score).”

Looking back at the one-off Test, she said enjoyed bowling with the red-ball after a gap of seven years. “I was excited and nervous,” she said. “I was trying to bowl the maximum number of overs.”