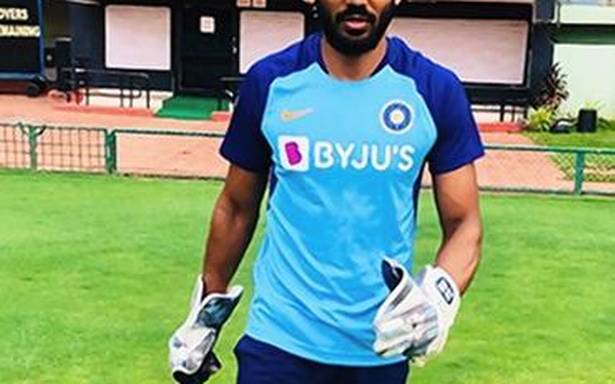 K. Srikar Bharat, the wicketkeeper-batsman from Andhra who is in the Royal Challengers Bangalore squad for this year’s IPL, says he understands the T20 format better now and is willing to adapt as quickly as possible.

In an exclusive chat with The Hindu after a training session, the 27-year-old Bharat said there has been a constant effort to improve his game and mindset.

“Being with a team like RCB and a captain like Virat Kohli is something which every cricketer should dream about,” he said. “I believe Virat is an institution and having set such high standards for Indian cricket itself, I am going to learn a lot about how to be a better cricketer,” said Bharat.

“There is so much happening around in the RCB nets. Honestly, Virat is phenomenal and a role model for millions of Indians,” he said.

“My approach to IPL is not just about making efforts one or two weeks before coming to RCB. I know the importance of giving my best to the team’s success in any given situation,” the India-A cricketer with a near-decade, long experience said.

“There is a lot of thinking going into each session of training — be it on the field or in the gym,” Bharat said. “It is such a professional outfit that motivates you to step into a different zone,” he said.

“I prefer the longer route to realise my goals. Learning happens everywhere be it a First Class match or playing for India-A or IPL. It is important for me to keep things simple, enjoy what you have been doing rather than look too far ahead,” Bharat said.