IPL 2021 Delhi Capitals vs Sunrisers Hyderabad Live Score: Delhi Capitals begin the second phase of the Indian Premier League 2021 against a struggling Sunrisers Hyderabad bolstered by Shreyas Iyer’s return. Delhi are currently sitting on the second spot, with 12 points from eight games and will look to maintain the form they showed in the first half of the season. On the other hand, Sunrisers are placed at the last spot, with just a solitary win from seven games and six losses.

However, in an unfortunate development Sunrisers Hyderabad (SRH) pacer T Natarajan tested positive for COVID-19 at a scheduled RT-PCR test ahead of his team’s IPL 2021 encounter against Delhi Capitals (DC) on Wednesday. Despite the positive test, the match will go ahead in Dubai.

A 4 to end the over. But Warner’s wicket is the big talking point. This is the first time since April 2016 Warner has been dismissed for a duck in IPL. SRH 6/1 after 1 over.

Warner is gone as his IPL horror continues. He looks to work the ball to square leg off the back foot. But the ball seams away at the last moment, takes the leading edge, and pops up for point to get under it.

Saha and Warner of Sunrisers Hyderabad shadow bat their way out to the centre. Warner on strike and will face Delhi Capitals’ Nortje.

A pictorial representation of the starting lineups of both sides

Veteran spinner Ashwin is one of most effective bowlers against left-handers. His duel with David Warner is likely to decide the outcome of the clash. Ashwin and Warner have locked horns against each other on 11 occasions where the Aussie has managed to amass 95 runs at a strike rate of 111 while Ashwin got the better of David Warner thrice.

“Absolutely fine fielding first. We would have bowled first anyway. We are just looking to focus and take one match at a time. Nortje, Rabada, Hetmyer and Stoinis are our overseas players. Ashwin in, instead of Lalit,” Pant says.

Kane Williamson makes the right call and Sunrisers win the toss, elect to bat. ‘We will bat. Looks a good surface, important for us to assess conditions first up and get some runs on the board. It’s a chance to regroup and want to put up a much better performance,’ the SRH captain said.

The Dubai surface has shown some assistance for the seamers early on and if this continues, pace could play a decisive role with both sides possessing world-class personnel. Kevin Pietersen says that the surface is unchanged from last night. He reckons the pace of Rabada and Nortje can make all the difference here, and suggests bowling first after winning the toss.

As toss time approaches here are some facts. SRH have 2 points from 7 games and a very daunting task awaits them. To have a realistic chance of making it to the playoffs, they will need to win at least 5 from their next 7. Delhi Capitals just need just 2 more wins to be almost certain of a playoff spot.

Delhi Capitals players on their way to the match

The last time Hyderabad faced Delhi in the IPL, Kane Williamson scored an unbeaten 66. Can he come good again?

Here’s how the last meeting between the two sides went

Just a few hours before the match, it Sunrisers Hyderabad (SRH) pacer T Natarajan tested positive for Covid at a scheduled RT-PCR test on Wednesday.

The Capitals and Sunrisers have played 19 matches in total. By records, SRH have an upper hand when it comes to wins. Kane Williamson’s side has emerged victorious on 11 occasions while Rishabh Pant’s side has won 8 matches.

Rishabh Pant, who will continue leading the Delhi-based side, will be hoping to kickstart the second leg of IPL 2021 with a win against a struggling Hyderabad outfit. Apart from Ben Dwarshius coming in place of Chris Woakes, DC haven’t lost any other overseas player. But on the other hand, Jonny Bairstow’s absence in the SRH dressing room is a cause of worry for the Orange Army. David Warner will have to shoulder more responsibility now with the likes of Kane Williamson, Manish Pandey, Wriddhiman Saha, and Vijay Shankar supporting him in the middle order.

In tonight’s match of the Indian Premier League,  the second placed Delhi Capitals will take on the bottom placed Sunrisers Hyderabad in the Dubai International Cricket Stadium. A few hours before the game, Hyderabad player T Natarajan had tested Covid positive and he has been kept in isolation. The rest of the contingent including the close contacts underwent RT-PCR tests at 5 AM local time this morning and the test reports are negative so we are good to go. 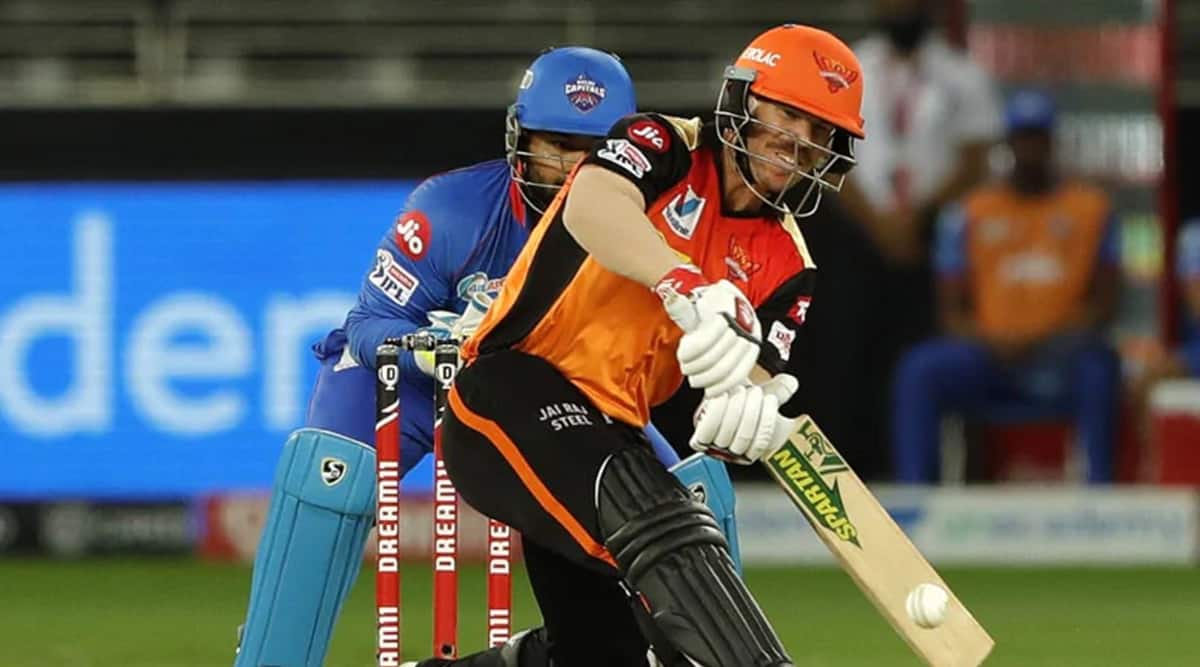