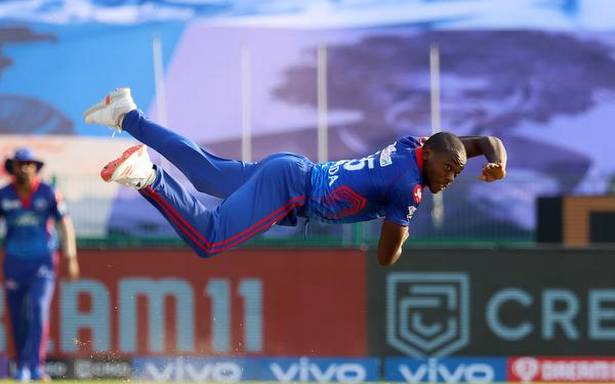 What compounded Kolkata Knight Riders’ pain at Sunday’s last-ball loss to Chennai Super Kings was the injury to star all-rounder Andre Russell. Considering that KKR has some distance to cover for a place in the playoffs, Russell’s availability assumes paramount importance.

The extent of Russell’s injury, suspected to be a pulled hamstring, is not known but KKR would prefer to have him back for its last three games following Tuesday’s clash against Delhi Capitals at Sharjah.

DC has twice the number of points as KKR but cannot afford to be complacent against a rival keen to avenge the seven-wicket loss suffered at Ahmedabad. Notably for DC, that win triggered off its current four-match winning streak.

Having taken care of the passage into the playoffs, DC’s next goal — like CSK — is to finish first or second in the league.

After KKR, DC faces Mumbai Indians, CSK and Royal Challengers Bangalore. For CSK, besides DC, its other rivals are from the lower half — Sunrisers Hyderabad, Rajasthan Royals and Punjab Kings.

DC and KKR will be playing their second successive day-game after weekend clashes at Abu Dhabi. Given a choice, KKR may prefer to bat second considering its last two, comfortable victories came when chasing.