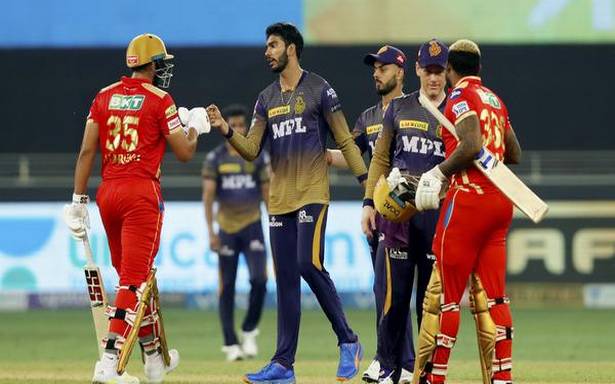 McCullum also admitted that without Andre Russell, it was difficult to balance the side

Kolkata Knight Riders head coach Brendon McCullum conceded that Punjab Kings deserved to win against his side as the KL Rahul-led outfit "seized the key moments" during their IPL game.

Punjab Kings boosted their chances of making IPL play-offs with a five-wicket win over KKR on Friday night.

"I thought we played another good game of cricket tonight (but) Punjab Kings deserved the win because they seized the key moments but we certainly played a hand and we really got a good game of cricket," McCullum said at the virtual press conference.

KKR skipper Eoin Morgan has not been among the runs, and the former New Zealand stumper expects some runs from the England captain.

"Obviously, he (Morgan) is one of our senior players, he is one of our international batsmen and as captain as well in his own, he would love to contribute a lot more runs, actually he captains the side very well tactically, but look you want some more runs from (him), no doubt in that," McCullum added.

"You need runs from your overseas players and you particularly need in those key spots as well. I am confident that he will come up (alright)," he said, adding that senior Bangladeshi all-rounder Shakib-AL-Hasan is in the mix for selection.

McCullum also admitted that without Andre Russell, it was difficult to balance the side.

"In terms of the balance, when you take out a world-class all-rounder like Andre Russell, it is always difficult to balance your side," he added.

"Look, I thought his innings was super, we were quite attacking from the other end with KL and he played a real anchor role for us.

"I would have loved to see him there at the end, but I thought his innings tonight was super and he is such a class-player," the former Australian first-class cricketer said.

Mohammed Shami and Arshdeep Singh have shone for the Punjab Kings in the death overs and the bowling coach attributed it to their training.

"Look, I would say, it is purely down to the way that they train and apply themselves. It’s been an area of our game that we have been strong at (bowling in the death) as we play here in Dubai, and I thought their last two overs were the difference in the game.

"Both of them work really hard and that’s just paying off. He (Shami) bowled beautifully tonight," he said, adding that young spinner Ravi Bishnoi has been a huge inclusion in the squad.