‘In Mumbai cricket, your scores are only counted only if you score a hundred or more, below that doesn’t mean anything.’

Ever since he returned for his second innings in Mumbai cricket, Sarfaraz Khan has proved to be unstoppable with the bat.

After plundering plenty of runs in the Ranji Trophy, Sarfaraz continued his dream season with centuries in the Duleep Trophy final and the Irani Cup to strengthen his case for a call-up to the Indian Test team.

In the Duleep Trophy final against South Zone last month, Sarfaraz hit 127 not out to power West Zone to a convincing 294 run win. He followed it up with another swashbuckling innings of 138 from 178 balls, hitting 20 fours and two sixes, to put Rest of India in control in the Irani Trophy match against Ranji Trophy champions Saurashtra.

He also hit a fifty, while taking four wickets, in the two unofficial Tests for India ‘A’ against New Zealand ‘A’ last month.

Incredibly, Sarfaraz’s run-scoring first class record is even better than the great Don Bradman — by a single run after 43 first class innings!

In the Ranji Trophy final against Madhya Pradesh in June, Sarfaraz stood tall when the Mumbai middle order crumbled around him, scoring a brilliant 134 in the first innings.

Earlier in the Ranji Trophy season, the 24 year old stroked a brilliant 153 against Uttarkhand in the quarter-finals. Sarfaraz posted a partnership of 267 off 385 balls for the fourth wicket with Suved Parkar, who hit a double century on debut, and powered Mumbai to a mammoth 725.

His father Naushad Khan, who is also his coach, reveals that Sarfaraz’s successful showing is all due to the hard work put in by father and son in the last couple of years.

Naushad believes Sarfaraz has matured as a player and hopes he can continue to score centuries consistently and achieve the family’s long-standing dream of seeing their son wear the India cap.

Rediff.com‘s Harish Kotian spoke to a jubilant Naushad about Sarfaraz, who surely must be on the Indian cricket selectors’s short-list. This conversation took place before the Ranji Trophy final. The concluding segment of a revealing two-part interview:

A few years ago Sarfaraz had moved to UP from Mumbai in search of better opportunities before he came back to his original home team. He struggled to cope in UP before he returned to Mumbai. Do you regret that move?

It was a wrong decision, I admit and I want to get it out of my memory. It was my decision alone, and Sarfaraz had no role in it because he was only 15 then.

But one thing I would say that experience taught us a lot. I realised that our home is our home, our Mumbai is our Mumbai, everyone is like a family here and no matter what happens they will accept you back. Mumbai gave Sarfaraz the chance when he came back, they backed him and trusted him to do well which is not the case elsewhere.

That decision was wrong, but it taught Sarfaraz to always be on his toes, and be ready for anything. I would say that experience made him a better player.

After that in the one-year cooling period Sarfaraz played some outstanding cricket, scored runs in every match he played during the season like the Kanga League, another tournament at D Y Patil, then the Shalini Bhalekar Under-23 tournament, Mumbai Under-23, he got runs everywhere.

The idea was that score so many runs that whenever you are selected for Mumbai, you are ready and firing. 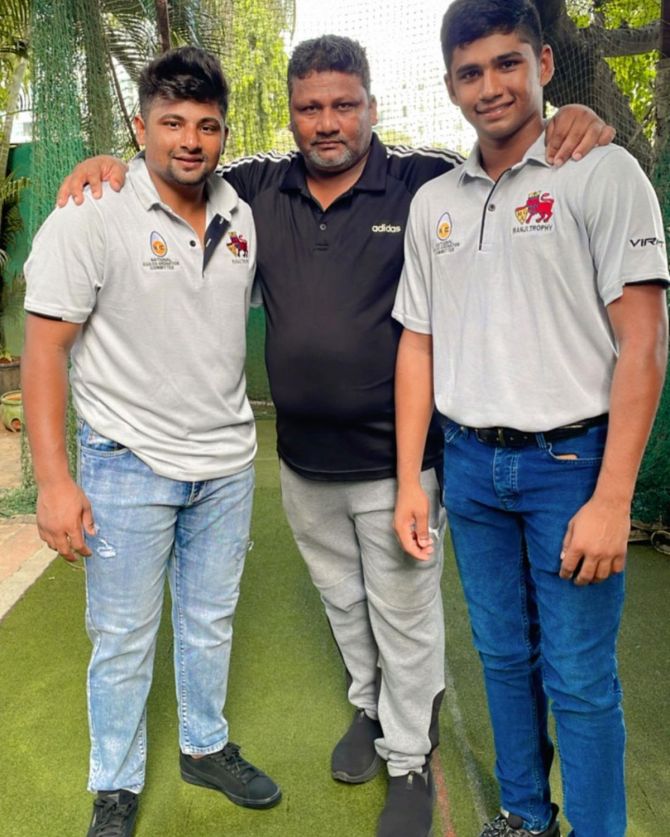 Was he nervous when he came back to play for Mumbai again because he didn’t do well in UP?

He had gone through such situations in his career before. Even in the IPL you are aware that if you don’t perform for a couple of games you will be dropped. But Mumbai cricketers are khadoos (stubborn) or you can say ziddi (adamant).

In Mumbai cricket, if you can’t handle pressure, then you won’t be able to perform. You need to be khadoos to play for Mumbai.

Many believe Sarfaraz should get a chance to play for India after his superb run. Does that make you happy that his batting is being spoken so highly of?

It is my dream since a long time to see Sarfaraz wear the India cap. It is my goal in life to see Sarfaraz play for the country. Me and my family along with Sarfaraz have given our entire life towards this dream.

Sarfaraz never had a normal childhood, he didn’t play the games small kids used to, because cricket was his life since he was very small.

Since he started playing cricket, our only dream is to see him playing for India and it would be the happiest moment of our lives if he achieves it. 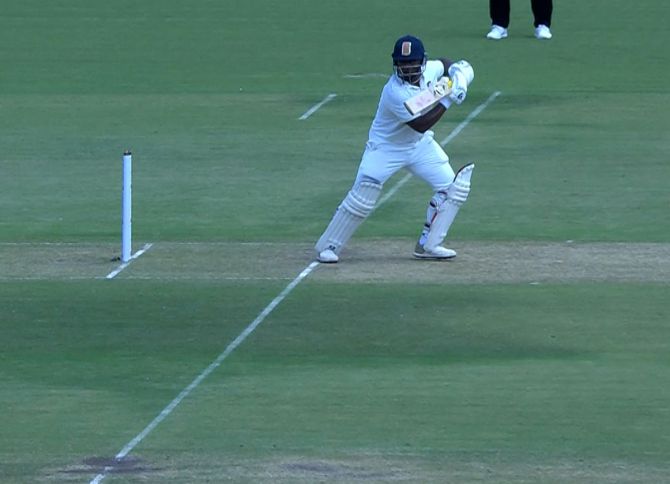 It was a double delight for you with your younger son Musheer also getting selected for the Mumbai team. As a coach and as a father, who does this mean for you?

I don’t think me and my family have yet realised what a big achievement it is to have both your sons playing together for a big team like Mumbai. It is the stuff of dreams if you ask me. In Mumbai the competition is so much that parents push their kids so much to get into summer camps.

I was so emotional when Musheer was picked to play for Mumbai. These two boys have made my chest swell with pride. I don’t think I need a certificate now as a coach that I have not done Level 2 or Level 3 course. My two sons are my certificate as the coach.