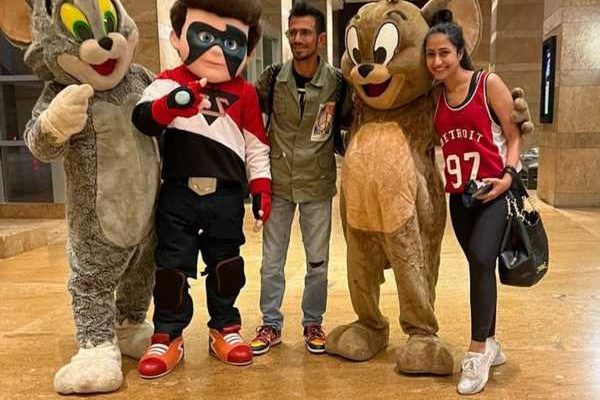 Rajasthan Royals’s Twitter account announced on Wednesday that its new captain for IPL 2022 would be Yuzvendra Chahal, and not Sanju Samson!

After much confusion, it was revealed that the RR account was being handled by the leggie, who announced himself as captain.

One of the most successful leg-spinners in the Indian Premier League, Yuzi took 139 wickets in 114 IPL games for his earlier franchise, Royal Challengers Bangalore.

On Wednesday, he decided to have some fun with RR fans. 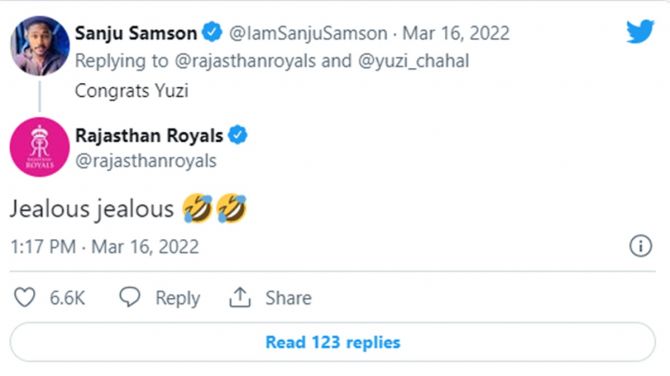 Then the account tweeted a photo of Chahal batting and declared that if the tweet got more than 1,000 retweets, Chahal would open the batting with Jos Buttler in IPL 2022. It all started when RR tweeted a prank video of Chahal earlier in the day, wherein the spinner was heard reciting a food order for his dentist-dancer-YouTube star missus Dhanashree. Ever since Rajasthan Royals signed Chahal, the banter between the franchise and the player has been going on non-stop.

And for folks still confused, Sanju Samson stays as the Rajasthan Royals skipper.