The quality of players in the new ISL campaign is better than ever before, but the bio-bubble presents unique challenges 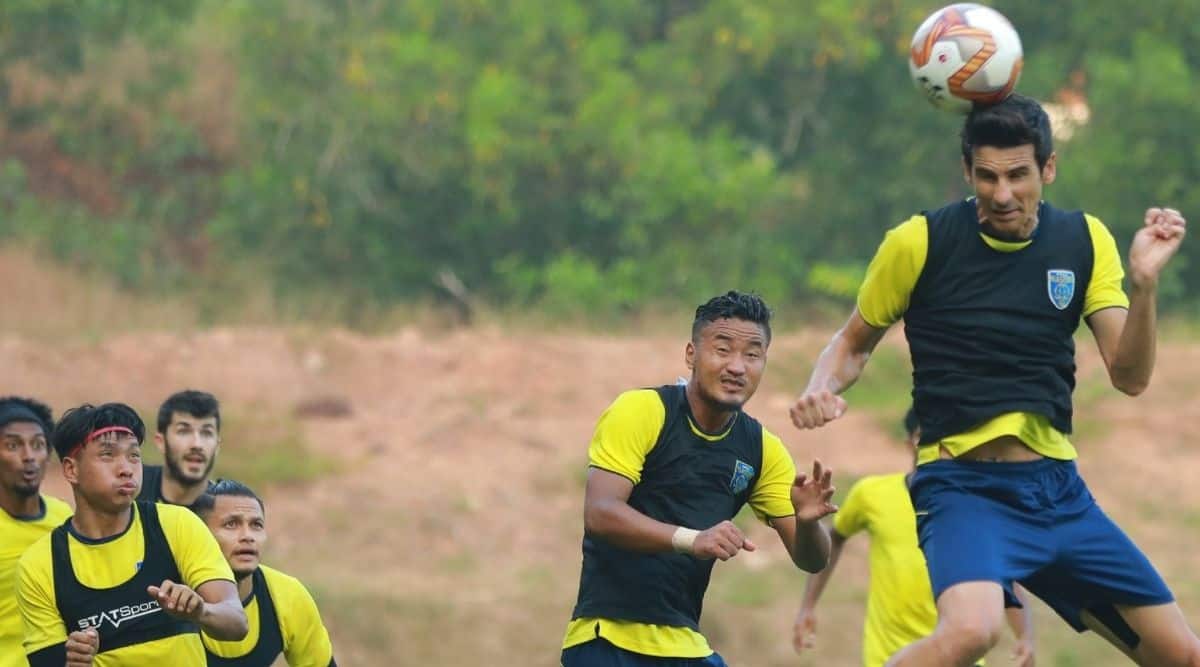 Not so long ago, Vicente Gomez enjoyed, very briefly, a view from the top.

Under Quique Setien, Las Palmas – the Canary Islands club Gomez represented for eight years – had transformed themselves from being the laggards of La Liga into the leaders of the league in October 2016, ahead of Lionel Messi’s Barcelona and Cristiano Ronaldo’s Real Madrid.

Their stay at the summit was short; very short. But Las Palmas had everyone’s attention. And Gomez, a central midfielder, was one of the pivots of Setien’s daring and entertaining side, barely a year after he had made his La Liga debut; coming on as a like-for-like substitute for Hernan Santana against Atletico Madrid.

Before they rubbed shoulders with the big boys, Gomez and Santana had earned their stripes under Sergio Lobera, who joined Las Palmas after spending more than a decade at Barcelona – first as a youth team coach and then as an assistant to Tito Vilanova.

This season, the trio will reunite in Goa. Gomez, after spending two years at Deportivo La Coruna, has become one of Kerala Blasters’ most high-profile signings. Santana, meanwhile, has come in a loan deal from Sporting Gijon to Mumbai City, where he will be coached by Lobera.

They also represent the two most striking themes of the new Indian Super League season, which begins on Friday: the overwhelming Spanish influence in the Indian top division and the high-class playing field, one of the best-ever in the domestic competition in terms of quality.

For the second season running, nearly one-third of the foreign players in the ISL will be from Spain. The Asian player quota (as per rules, at least one out of the seven foreign signings has to be an Asian) for all but two out of the 11 teams has been taken up by Australians, who have flocked to India by the dozen because of the financial crisis clubs are facing Down Under. These players aren’t necessarily household names. But they have tons of experience of playing in leagues bigger than the ISL and are still in their prime, unlike the case in years gone by when the ISL was largely viewed as a retirement destination for ageing stars.

Take for instance Gomez’s teammate at Kerala Gary Hooper, who has scored close to 200 goals altogether in the premier leagues of England and Scotland, and the Champions League. Or Sydney FC striker Adam Le Fondre, who featured in the Australian league’s team of the season for two years in a row before agreeing to join Mumbai City on a loan deal.

Then there is FC Goa’s Spanish striker Igor Angulo, who ruled the goal-scoring charts in the Polish league and Finnish-German midfielder Matti Steinmann, who played in the German, Danish and Australian top divisions before agreeing to join East Bengal.

“In my opinion, this ISL season is going to be more competitive and difficult than the previous ones,” Lobera said. “The sides have made a lot of effort to bring those players and the increased competition will be good for all the teams.”

Add to the mix some promising young Indian players – from uncapped internationals like 18-year-old Vikram Pratap Singh of Mumbai City and ATK Mohun Bagan’s 19-year-old defender Sumit Rathi to the likes of Chennaiyin’s Anirudh Thapa and Sahal Abdul Samad of Kerala Blasters – and one gets a feeling this could be a coming-of-age season for a competition that has wandered aimlessly in the last few years.

But this will also be a season like none before.

Most of the players will be playing a competitive match for the first time in eight months because of the pandemic. The lockdown and consequent travel restrictions meant preparation for the season has been far from ideal for all the teams, which means even though the quality of players may have improved compared to previous seasons, it is likely a lot of them will be rusty in the initial part of the campaign.

Living in the bubble, too, will pose some unique challenges. The powerful star cast that has assembled in Goa will play in front of empty stands because of the restrictions imposed. The players will be allowed to leave their hotel only for training and matches, and their physical contact with the outside world, including family members, will be cut off at least till mid-January.

After that, some of the bio-bubble rules might be revised depending on the Covid-19 situation, as FC Goa, Bengaluru FC and ATK Mohun Bagan may have to leave the cocooned environment to play in the Asian Football Confederation competitions.

For the players and coaches in the bubble, ‘adapt’ has become a buzzword. “You have to adapt to the challenges this season. It is a unique situation for everyone,” says Antonio Lopez Habas, the coach of defending champions ATK Mohun Bagan, who will open their campaign on Friday against Gomez’s Kerala Blasters.

“Without an audience, it seems like a fake league but you have to adapt,” Gomez, who also played in front of empty stands in Spain during the lockdown, was quoted as saying by Las Palmas-based daily La Provincia. “I am ready for this adventure and the new challenge.” In the canary yellow colours of Kerala, just like his boyhood club in the Canary Islands.

Seventy-three foreign players will feature in this edition of the ISL. Each of the 11 clubs is allowed a maximum of seven foreigners in their squad and one of them has to be from Asia. Twenty-one out of the 73 are from Spain, the most, followed by Australia (10) and Brazil (8). Most have experience of playing in the first or second division leagues in Europe and Australia.

Vicente Gomez (Kerala Blasters), Igor Angulo and Edu Bedia (both FC Goa) are some of the top new arrivals from Spain this season. A majority of the Spanish players come from the country’s second-tier. Some, like Gary Hooper (Kerala), Anthony Pilkington (East Bengal) and Adam Le Fondre (Mumbai City) have played in the premier leagues of England and Scotland.

Seven out of the 11 managers are from Spain as well. Bengaluru FC (Carles Cuadrat) and ATK Mohun Bagan (Antonio Lopez Habas) are the only teams who haven’t changed their coaches during the off-season. Sergio Lobera (former Barcelona assistant manager), Owen Coyle (ex-Burnley, Blackburn and Bolton manager) and Liverpool legend Robbie Fowler are some of the big names.

This will also be the first season in the ISL for two of India’s oldest clubs, Mohun Bagan and East Bengal. Bagan, who won the I-League last season, merged with three-time ISL winners ATK. The club will be called ATK Mohun Bagan. East Bengal, meanwhile, made a late entry into the league after getting new sponsors. The season’s first Kolkata derby will be on November 27.

Mizoram, once again, has proven to be one of the biggest catchment areas for the clubs. Thirty players from the north-eastern state will take part this season; FC Goa is the only side without a Mizo player. Mumbai City’s 18-year-old midfielder Vikram Pratap Singh, Kerala Blasters’ Nongdamba Naorem, FC Goa’s Makan Chote and ATK Mohun Bagan midfielder Sahil Sheikh will be other young Indian players to watch out for.