Majority of India's domestic players don't get to play IPL, don't have job security and rely heavily on match fees, which took a beating last season with Ranji Trophy being cancelled due to the pandemic. 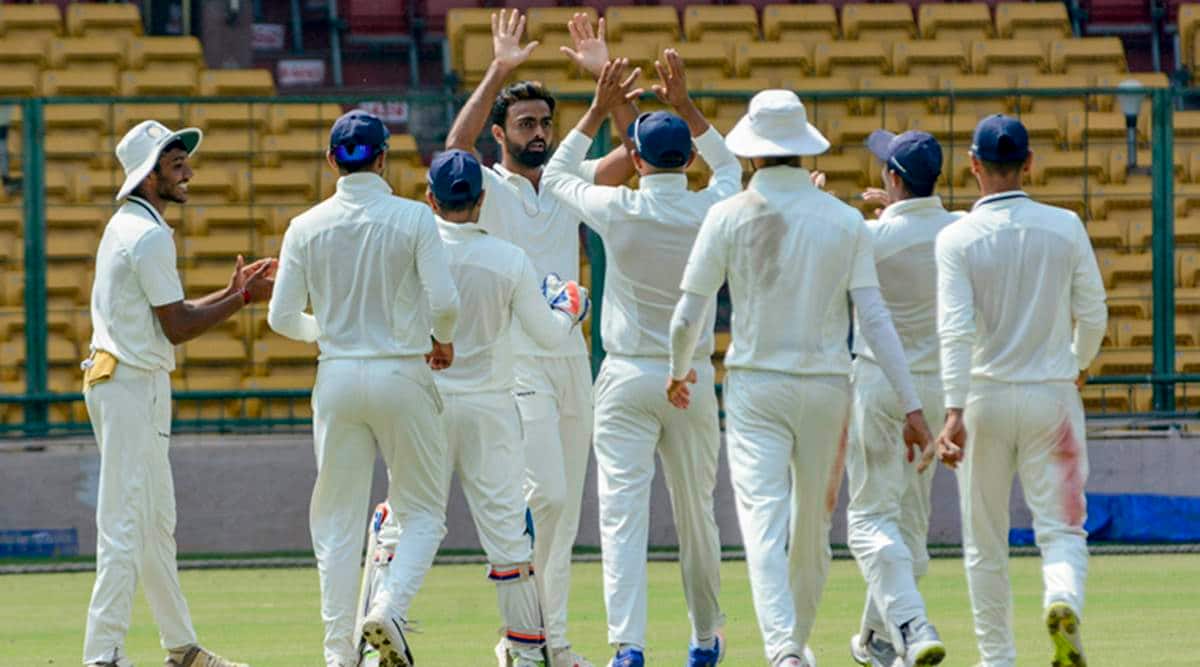 As the BCCI works out a compensation package and a formula to distribute it for the COVID-19 hit domestic cricketers, voices demanding central contracts for such players are getting louder with seasoned names like Jaydev Unadkat, Sheldon Jackson and Harpreet Singh Bhatia leading the chorus.

Last month, former India player and domestic veteran Rohan Gavaskar had also called for state associations to introduce contracts for players over and above their match fees, just like it is for the national team.

Majority of domestic players don’t get to play IPL, don’t have job security and rely heavily on match fees, which took a beating last season with Ranji Trophy being cancelled due to the pandemic.

Saurashtra captain and India player Jaydev Unadkat doesn’t need the security of a contract but he feels it should be introduced for the top 30 cricketers of the state.

“Talks over central contracts were happening even before the pandemic. Even cricketers at the age group level should be compensated for the lack of cricket, it will keep them motivated and then hand contracts to senior players.

“You can’t give contracts to all but you can pick top-30 players for contracts. A pool of 30 players sounds feasible to me,” Unadkat, who led Saurashtra to their maiden Ranji Title in 2020, told PTI.

If it is a full season, a domestic player earns Rs 15-16 lakh which was not the case last season with the Ranji Trophy being cancelled for the first time in 87 years.

Chhattisgarh captain Harpeet Singh Bhatia is among the bunch of domestic cricketers who have gone to play club cricket in the UK amid the pandemic. He has been playing for Barnsley Woolley Miners since 2017.

“I played all of 10 white ball games in the last season. It wasn’t enough clearly. I had to come to the UK to make extra money. Since I don’t have a job back in India, I come to England anyway to supplement my income.

“If I had a central contract back home, it wouldn’t be a compulsion for me to play in the UK. The BCCI has been supportive in the past and I expect it will support us in these tough times with a good compensation package and hopefully contracts from the state associations,” Bhatia told PTI.

READ | One year after promise, compensation plan yet to be worked out for Ranji Trophy players

His wife was supposed to join him in England but couldn’t with India on the red list for travel. Bhatia will be in the UK till September.

“We must formulate a policy remembering that majority of the players don’t play IPL and don’t have jobs. And what happens when I get an injury and I am unable to play a full season? That is where contracts become even more important.

“I somehow can’t think of a season without red ball cricket. It is the toughest form of cricket for us and a chunk of our match fees also comes from that,” he added.

Another domestic veteran Sheldon Jackson, who was with KKR this season, moved to Puducherry last season after helping Saurashtra win the Ranji crown.

He feels contracts should also be given to women cricketers.

“Contracts should be put in place by state associations. With that, they are showing they can take care of their cricketers especially in times like these. You don’t know how long COVID will last.

“At least the players will have security that they can take care of the families in such times and pay their bills.

“And why just for men’s cricket. Women cricketers should also be given contracts. They have even lesser job opportunities compared to men cricketers (as they are mostly employed by the Railways),” said Jackson.

BCCI treasurer Arun Dhumal has already said the Board is working out a compensation package in consultation with the state associations. However, the issue wasn’t discussed in the SGM on May 29.

The season is tentatively scheduled to begin in September subject to the COVID situation in India.

“The SGM notice stated there will be a discussion on cricket in India and that also includes domestic cricket but only IPL and T20 World Cup were discussed. We don’t have any problems in introducing central contracts but there needs to be clarity from the BCCI on what plans they have for the domestic season,” a state unit official said.