Leonardo Spinazzola was pictured in tears on a stretcher as he left the field to be replaced by Emerson Palmieri, who is set to take his spot for Italy's semi-final against Spain at Wembley. 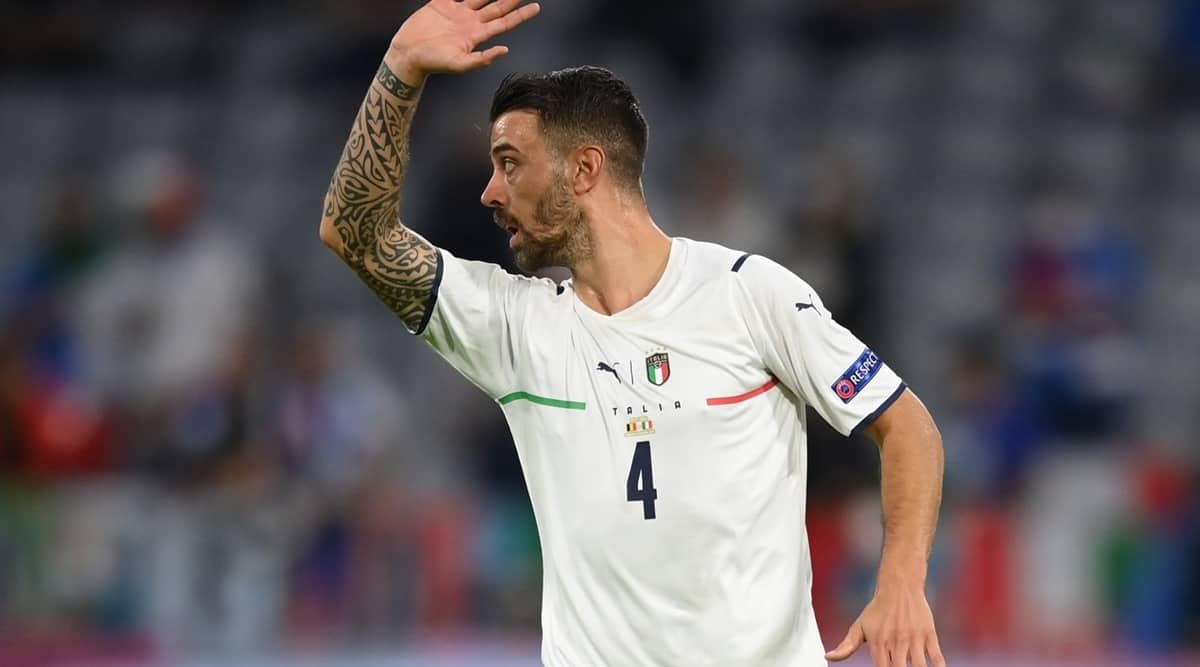 Italy defender Leonardo Spinazzola will be out of action “for a few months” after suffering a serious injury in his team’s Euro 2020 quarterfinal win over Belgium on Friday, his club AS Roma’s new manager Jose Mourinho has said.

Italian media reports said full back Spinazzola, who has been fundamental to Italy’s impressive charge to the last four, sustained a suspected ruptured Achilles tendon injury in the 2-1 win in Munich and would miss the remainder of the Euros.

Spinazzola, 28, was pictured in tears on a stretcher as he left the field to be replaced by Emerson Palmieri, who is set to take his spot for Tuesday’s semifinal against Spain at Wembley.

“We all feel sorry about the loss of Spinazzola for a few months, but that’s football, and we have to be ready to start the next week,” Mourinho said on Instagram during Roma’s pre-season preparations.

Spinazzola said on Instagram that he hoped to be back soon, without providing details of his injury.

“Unfortunately, we all know what happened, but our Italian dream continues, and with this amazing group of ours nothing is impossible,” Spinazzola said.

“I can only say that I will be back soon – you can be sure of that.”