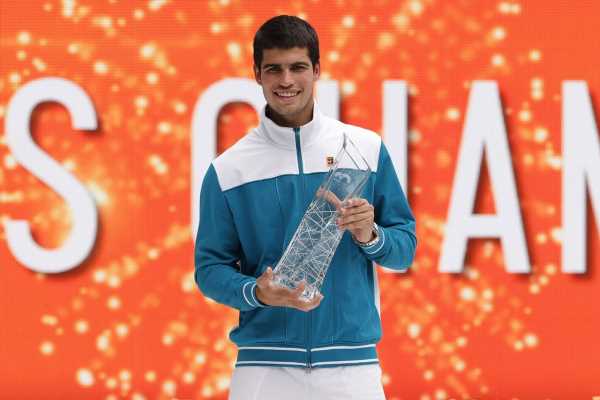 Spanish 14th seed Carlos Alcaraz capped a dream run at the Miami Open with a 7-5, 6-4 win over Norwegian world number eight Casper Ruud in the final on Sunday to secure the biggest win of his young career.

The 18-year-old Alcaraz earned his first ATP Masters 1000 crown and is the first Spanish man to triumph in Miami after eight previous final appearances by his compatriots, including five by Rafael Nadal.

“I have no words to describe how I feel,” Alcaraz said after he replaced Novak Djokovic as the youngest champion in the 37-year-old tournament’s history. “But it’s so special to win my Masters 1000 here in Miami.”

Alcaraz was roughed up by Ruud in the early stages of the match between the two up-and-coming players but roared back from a 4-1 deficit to take the opener with an overhead smash on his third set point.

From there, the Spaniard refused to relinquish control as he went up a double-break for an early 3-0 lead in the second set where Ruud managed to get one back but ultimately had no answer as Alcaraz kept up the pressure in a match that featured two first-time ATP Masters 1000 finalists. 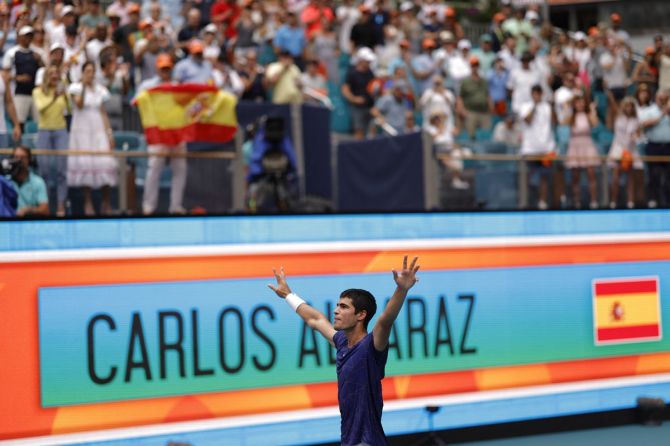 With victory within his grasp, Alcaraz dropped just two points in his final three service games and coolly served out the one hour, 52 minute match to love in the final game.

“I knew that Casper is playing unbelievable. He has a big forehand. I tried to play to his backhand first and attack all the time,” said Alcaraz.

The victory marked Alcaraz’s third ATP Tour title following triumphs at the Rio Open in February and his win at Umag last July when he became the youngest tour-level champion since Kei Nishikori won at Delray Beach in 2008.