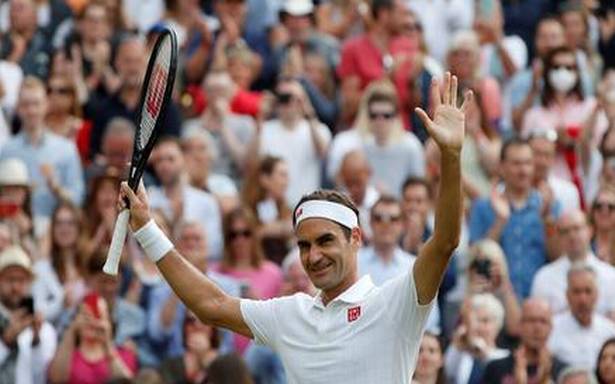 In the academic year that ended with school closures due to COVID-19, only 22% of schools in India had Internet facilities, according to Education Ministry data released on Thursday. Among government schools, less than 12% had Internet in 2019-20, while less than 30% had functional computer facilities.

Covishield gets nod from nine European countries for travel

At least nine countries in Europe have given recognition to the Covishield vaccine produced by the Serum Institute of India, informed sources have said. The recognition by the nine countries is a "national" move by the states and not by the European Union headquartered in Brussels.

Roger Federer has become the oldest man to reach the third round at Wimbledon in 46 years.

As many as 40% of people who had lost their jobs over April or May 2020 after the COVID-19 pandemic hit India, had been unable to find a paying job even ten months after the national lockdown began, with the problem most acute for younger workers in urban India, as per a new survey-based report.

The India Meteorological Department (IMD) has said the monsoon is unlikely to significantly recover until July second week. Currently, it is stalled and hasn’t progressed into much of northwest India inspite of a very strong start in June. This hiatus could impact sowing in northwest India.

The Law Ministry late on Wednesday notified an Ordinance that prohibited employees engaged in essential defence services from taking part in any agitation or strike. The Essential Defence Services Ordinance 2021 comes in the backdrop of major federations affiliated with the 76,000 employees of the Ordnance Factory Board (OFB) making an announcement that they would go on indefinite strike from July 26 in protest against the government’s decision to corporatise the OFB.

Chief Justice of India N.V. Ramana on Thursday condemned the brutal attacks on doctors who have stood like a rock between the COVID-19 virus and thousands of emotionally and physically vulnerable patients confined to isolation in hospital wards during the pandemic.

Purvi Modi, who turned an approver in the money laundering case against her brother Nirav Modi and others, remitted $23,16,889.03 to the Union government’s account. The amount, equivalent to about ₹17.25 crore, was parked in a London bank account opened in her name at the instance of her brother.

India’s manufacturing industry slid back to a decline in June, as per the IHS Markit Manufacturing Purchasing Managers’ Index (PMI), which fell to 48.1 in June from 50.8 in May, marking the first time since July 2020 that the index fell below the no-change mark of 50.

China’s ruling Communist Party on July 1 marked its centenary with a massive parade in Beijing and a warning from leader Xi Jinping to “any foreign forces” that China would not be “bullied”. He hailed China’s “national rejuvenation” — a theme he has emphasised since taking over in 2012 and found mention 24 times in his speech — and the leadership of the party, upon which, he said, China’s “success hinges”.

Trump Organisation and its CFO indicted on tax fraud charges

Former U.S. President Donald Trump’s company and its longtime finance chief were charged on Thursday in what prosecutors called a “sweeping and audacious” tax fraud scheme in which the executive collected more than $1.7 million in off-the-books compensation, including apartment rent, car payments and school tuition.