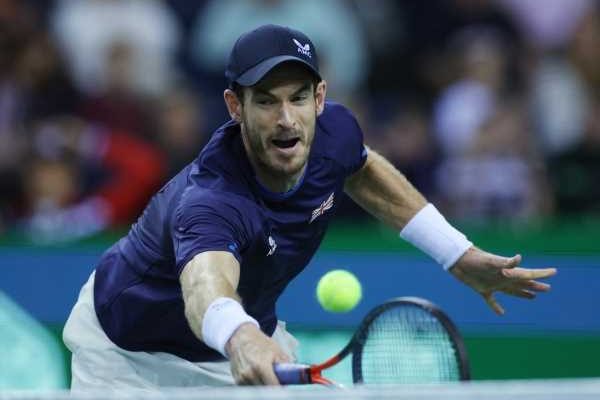 Andy Murray said he is hoping for a “special” final chance to share a court with Roger Federer at next week’s Laver Cup in London and possibly team up to play doubles before the Swiss great retires from the sport.

Federer, 41, who redefined the sport with his artistry and grace and collected 20 Grand Slam titles, announced on Thursday that injury issues meant he would call time on his glittering career after the men’s team event.

Murray and Federer will join fellow “Big Four” members Rafael Nadal and Novak Djokovic when they play on the same team for the first time at the September 23-25 Laver Cup.

“Maybe I (will) get the opportunity to share a court with him in doubles or something like that. That would be really special,” said Murray, after he and Joe Salisbury lost a deciding doubles tie for Britain in the Davis Cup on Friday.

“I don’t know how much he will be able to play. I haven’t spoken to him about that.”

Murray lost the 2012 Wimbledon final to Federer before beating him to Olympic gold, while the pair also contested the Australian Open and US Open finals.

“I was lucky to get to compete against him in some of the biggest matches, in the biggest tournaments, on the biggest stages in our sport,” added Murray, who last played Federer competitively in 2015.

“At the time I probably didn’t appreciate it as much, but looking back, it’s prett y amazing… It’s a sad, sad day for the sport.”