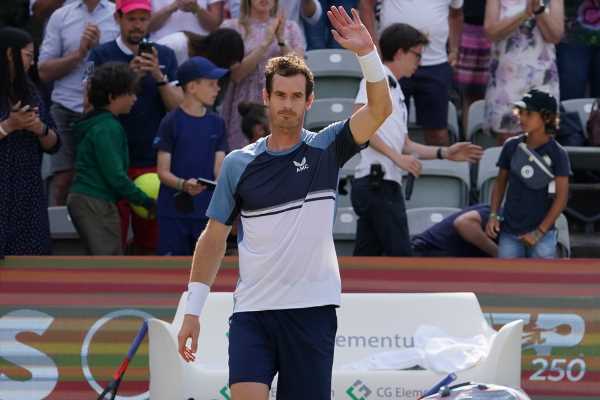 Former world number one Andy Murray looked back to his best on grass as he beat Nick Kyrgios 7-6(5), 6-2 to move into the final of the Stuttgart Open on Saturday after the Australian lost his cool in the second set and said he was racially abused by a fan.

The final is the 70th of Murray’s career and his second of the year after a runner-up finish in Sydney in January.

The 35-year-old will face second seed Matteo Berrettini, who is playing his first Tour-level final of the season.

Berrettini extended his good form on grass with a closely-fought 7-6(7), 7-6(5) victory over Germany’s Oscar Otte.

After an entertaining opening set where there was nothing to separate the two players, Murray sealed it in the tiebreak after which Kyrgios broke his racket and earned a point penalty as well as a game penalty in the second set. The Australian, who was constantly complaining to the umpire, then refused to continue playing, sitting in his chair until the supervisor came out and convinced him to finish the match.

A frustrated Kyrgios later said that he had retaliated after hearing a racial slur.

“When is this going to stop? Dealing with racial slurs from the crowd?” he wrote on Instagram.

“I understand that my behaviour isn’t the best all the time – but ‘you little black sheep’, ‘shut up and play’ – little comments like this are not acceptable.

“When I retaliate to the crowd, I get penalised. This is messed up.” 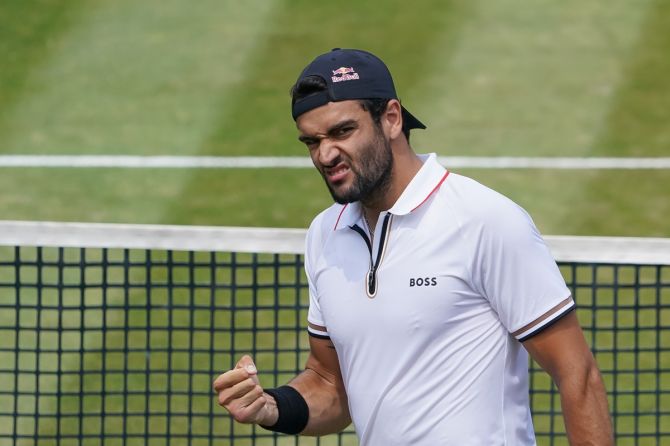 After an absorbing opening set, where Kyrgios had even got the crowd going with an underarm serve and front ‘tweeners’, he lost his focus in the second and made numerous errors as Murray quickly wrapped up the match and sealed his spot in the final.

Murray, whose last Tour title came in 2019 in Antwerp, was sympathetic in his on-court interview, admitting that he did not have to work as hard in the second set after a “high quality” opener.

“You’re always kind of battling yourself as well as the opponent, it’s one of the difficult things about individual sports,” Murray, who has not dropped a set in the tournament, said.

“Nick has the potential to be one of the best players in the world, there’s absolutely no question about that. But yeah, he obviously got very frustrated in the second set and made it a lot easier for me.

“But look, I’m happy to be in the final. I’ve played well this week and I’ve got a great opportunity against Matteo tomorrow.”