‘The confidence and the kind of cricket India has played in the recent past will be a big factor.’

As part of the Indian team from 2008 to 2013, Pragyan Ojha was witness to the transition phase in Indian cricket. Greats like Sachin Tendulkar, Rahul Dravid, Anil Kumble and Sourav Ganguly bid their farewells, handing the reins to the next generation of stars including Virat Kohli, Mahendra Singh Dhoni and Rohit Sharma, who have taken Indian cricket to the next level.

The former India spinner also believes that Kohli’s hunger to be the best and lead from the front makes him stand out from the other players of his generation.

Having played under Rohit Sharma’s captaincy in the IPL at Mumbai Indians, Ojha points out: “The best part about him is he backs his players till the end.”

In the concluding part of the interview with Rediff.com‘s Harish Kotian, Ojha, who was the third fastest Indian bowler to 100 Test wickets, picks India’s key players for the ICC World Test Championship final.

You saw a transitional period in Indian cricket, having played with the likes of greats like Sachin Tendulkar, Rahul Dravid and Anil Kumble in their last few years and then featured alongside the likes of emerging young players like Kohli and Rohit.
How did India manage to have a successful transition?

A strong leader like MSD (Mahendra Singh Dhoni) and some super talented seniors made sure things moved on smoothly and in the right direction.

You picked up 113 wickets in 24 Tests from 2008 to 2013, having played all your matches in the sub-continent.
You became the third quickest Indian to pick 100 Test wickets. Why do you think your career was not able to kick off?

This second half of the question is irrelevant as I gave my best whenever I was given a chance. That’s what you can do as a player. You cannot control things which are not in your hands. 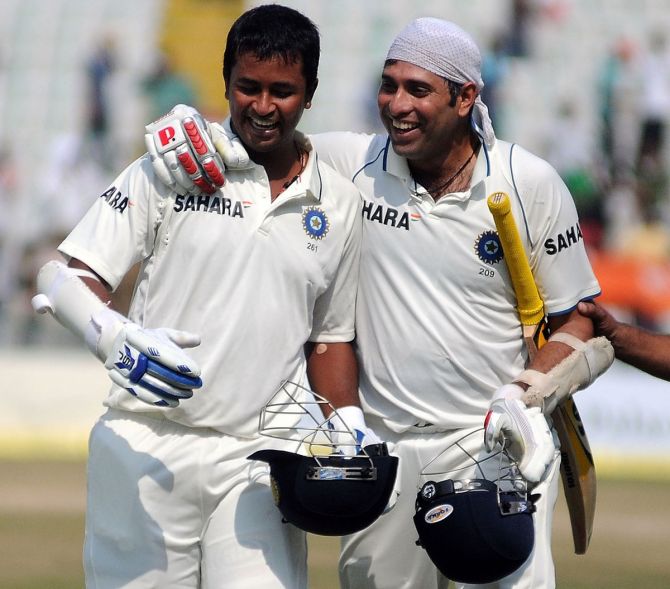 Tell us about one of your finest moments for the Indian team, that last wicket partnership with V V S Laxman who was batting with a sore back in that Test against Australia in Mohali in 2010.
With 11 needed for victory, how much pressure was on you coming out to bat as the last man?

Yes, I was a bit nervous and was down with viral fever. But the victory made us all forget our pain. Credit goes to Laxmanbhai and Ishant (Sharma) for the outstanding partnership.

You were named man of the match after taking five wickets in both innings against the West Indies in Mumbai in November 2013, but that turned out to be your final match for the Indian team.
Were you disappointed at not getting another chance?

Yes, anybody would be disappointed, but as I said earlier, you cannot control the uncontrollable. I am proud to have played for my country and lived the dream of a billion Indians.

Why did you retire so young? At 33, you could have given it another shot because nowadays people do play till 40 with fitness standards going up and players taking care of their bodies with proper diet plans?

Sometimes you know that things have moved on from you. I gave myself five years.

Even after being the highest wicket taker for Bengal in the Ranji Trophy and helping Bengal reach the finals of Vijay Hazare (national 50-overs tournament) I could not get picked for the (East) Zone team.

That was the message I felt (from the selectors).

The most important thing was I didn’t want this dream to turn into bitter memories as I love this sport. 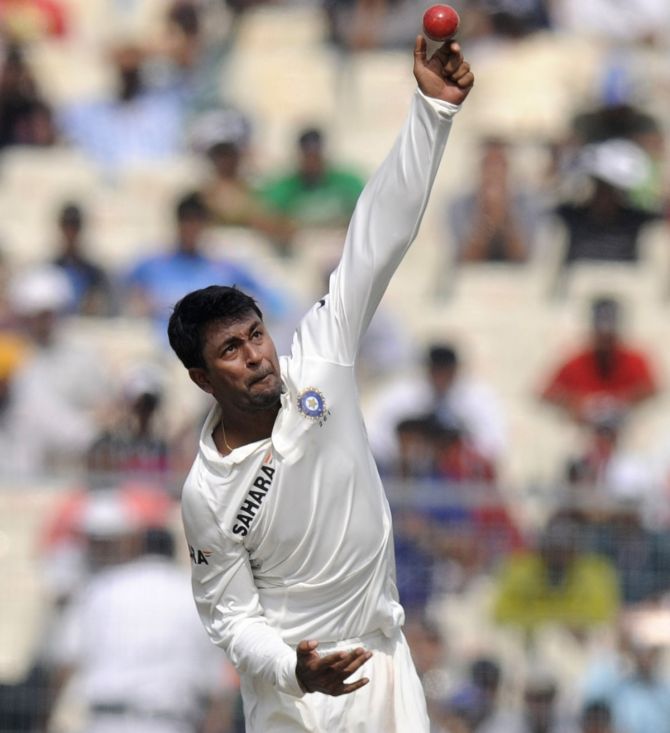 You were banned from bowling due to a suspect action in 2014. How much did that affect you at a time when your career was on the rise?

I treated it like an injury which kept me focused and determined. I made a comeback by picking a five wicket haul against Australia A in Chennai and then as I said I was the joint highest wicket-taker for Bengal the same year. So I was confident as far as my skill was concerned.

You bowled a lot with Ravichandran Ashwin and Ravindra Jadeja in their initial years. Are you happy with their development as spinners especially in the last few years?

We have been playing together or against each other since our age group cricket. I am glad to see them contribute in the winning cause for our country.

Since you are a left-arm spinner, how do you look at the emergence of Ravindra Jadeja who started out as a T20 specialist but has become an integral part of the Test team, with superb all-round performances with both bat and ball?

He was always good with the bat and fielding, but the way he has grown in stature as a Test bowler is something all the youngsters should learn.

Where do you think things have wrong for Kuldeep Yadav who has fallen behind Axar Patel in the reckoning for Test cricket? What would your advice be for him?

Recently, I read an article where he said he tried to bowl quicker than his usual pace, which was not his strength. Even the same was the case with (Shahbaz) Nadeem.

When the team is expecting him to pick wickets, the first thing one should do is to stick to his strength and do what he is confident of.

At times you have to give confidence to the captain as a player. You are close friends with Rohit Sharma, having played a lot of cricket in the junior circuit. Tell us about about your bonding with Rohit and Rohit the person off the field.

He has been very balanced on and off the field. The best part about him is he backs his players till the end. As friends we hardly discuss cricket off the field.

Are you surprised how Rohit has taken batting to new heights in limited overs cricket. What makes him so special?

I am not surprised at all the way he performed because he always had that extra second more from the others as a batsman.

How do you rate his captaincy skills? Is he unlucky to not get to captain at the highest level?

Need I say anything more about his captaincy with the record he has in the IPL?

We already have a captain (Virat Kohli) who has a good record in leading our country.

You have seen Virat Kohli in his early years in international cricket. What changes did you observe in his game in the last few years that has made him one of the best batsmen in the world across formats?

His fitness. When young cricketers follow Virat, they must understand he trains to give his best on the field. He never looks bulky. There is a difference in that.

The most important thing I have always seen in Virat is his hunger to be the best and lead from the front.

Has the captaincy helped Kohli take his game to the next level?

Yes, some players love to lead from the front and added responsibility gets the best out of them.

What will be key for India in Southampton where the conditions are expected to favour the Kiwis?

Can India get the better of England this time around? What will be the key for Kohli and his men?

The confidence and the kind of cricket India has played in the recent past will be a big factor. No one in the world will take it easy against this Indian side.

India has a very fair chance this English summer. The WTC result will have a lot of impact in the England versus India series.

Will spinners Ashwin and Jadeja have a role to play in England? Can Jadeja fill in as the all-rounder?

I feel if both can fit in the playing XI, then they should play together as they have a lot of experience with both bat and the ball.

Tell us about your role in the Indian Cricketers Association.

I represent the former players and put forward their views and suggestions.