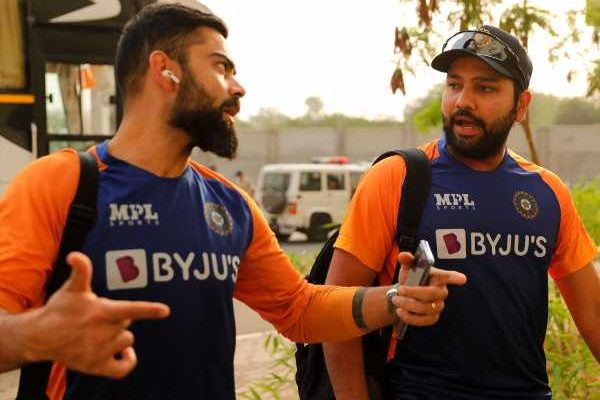 India’s Test captain Virat Kohli clarified regarding his relationship with teammate Rohit Sharma, saying ‘there is no rift’ between the two.

Rohit was named India’s new ODI skipper last week for the three-match series in South Africa next month, following which there were reports that the two players are not keen to play under each other.

While Rohit was forced to pull out of the upcoming Test series with injury, it was reported that Kohli was not keen on playing in the ODIs under the Mumbai right-hander’s captaincy and had asked the BCCI for leave during the three-match series next month.

Dismissing all reports about the rift between the two, Kohli stated: “There is no rift between me and Rohit Sharma. I have clarified multiple times in the last two and half years and now I am tired of clarifying things.”

I can guarantee you that my communication will never be to take my team down till I am playing cricket. It is my commitment towards Indian cricket,” he said on Wednesday.

Kohli said his responsibility is to push India in the right direction and both white-ball skipper Rohit and head coach Rahul Dravid will have his full support.

“My responsibility is to push the team in the right direction, along with Rahul bhai and Rohit, both of them will have my full support moving forward,” he said.

Earlier this week, Rohit, had said that he enjoyed “each and every moment” that he played under Kohli.

Kohli stepped down as T20 captain after the World Cup in the UAE and was subsequently replaced by Rohit as ODI skipper earlier this month.

“Five years that he led the team, he led from the front every time, we stepped on to the park, and there was clear grit and determination to win every game, that was the message to the entire squad,” Rohit had said.

“We have had a great time playing under him (Kohli) and I have played a lot of cricket under him, I have enjoyed each and every moment, still continue to do that,” he added, putting an end to all the conjectures that have floated about the professional relationship between the two.”