Novak Djokovic is bidding for a sixth crown in the season-ending tournament to go level with Roger Federer. 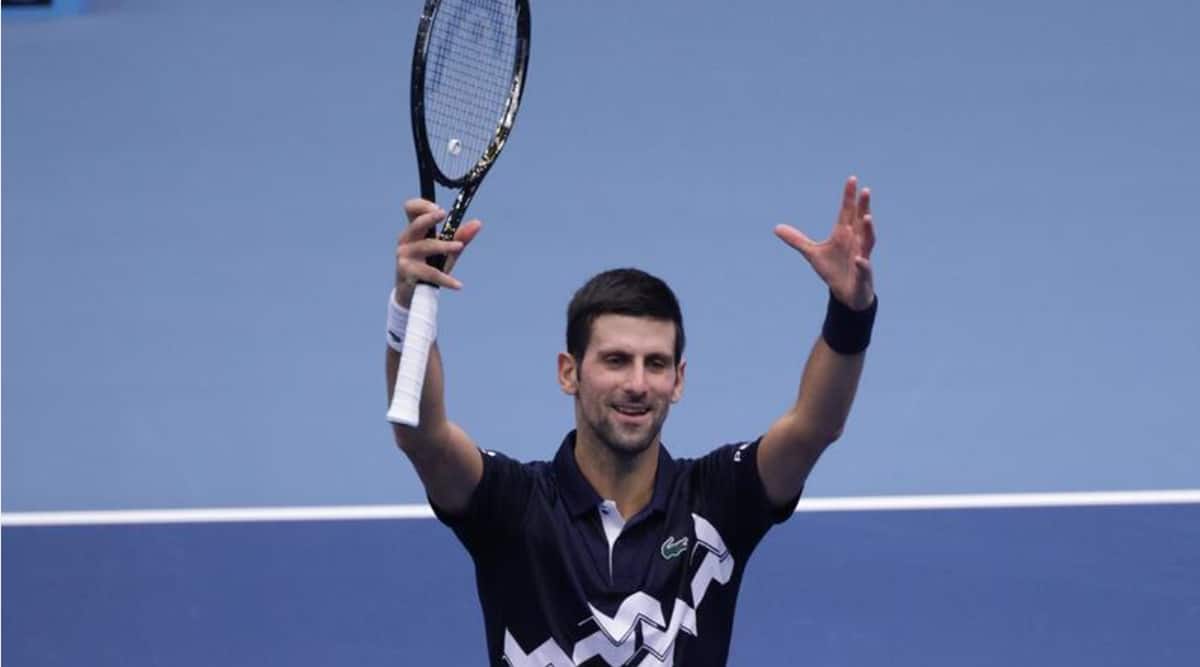 Novak Djokovic said sealing the year-end men’s world number one tennis ranking had eased some of the pressure on him as he heads into the ATP Finals and will look to end his season on a high.

The 33-year-old is bidding for a sixth crown in the season-ending tournament to go level with Roger Federer and will take on Argentine Diego Schwartzman in his opener on Monday.

“Coming into the tournament knowing I already clinched the year-end number one releases some of the pressure, but at the same time it doesn’t change what I hope to achieve in this tournament and why I’m here,” Djokovic told reporters.

“I really want to win every single match that I get to play and try to get my hands on the trophy… I want this trophy as much as anyone here.

“I’m really hoping I can end the season in the best possible way and the success I had previously here in the past 10 years helps me feel more comfortable and confident about myself.”

Second-ranked Nadal, who meets Russian Andrey Rublev on Sunday, is hoping to clinch his first ATP Finals title on the hard courts of London’s O2 Arena.

“I don’t know how close I am to the perfect preparation. I tried to fight hard in every match in Bercy,” Nadal said on Friday of his semi-final run at last week’s Paris Masters.

“That put me in a position that I already played four matches on this surface and hopefully that can help me here, but there remains two days for me to practise.

“I hope to be ready to accept the challenge to play against such difficult opponents like Rublev.”